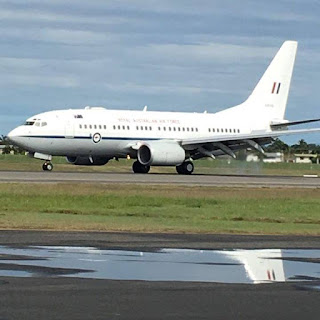 It spent a short time on the ground before departing to Bundaberg Airport where it also landed for a short period of time.

A36-001 was later noted departing Bundy for the Brisbane West Wellcamp Airport near Toowoomba.

I assume this visit was purely a training flight as no passengers were noted leaving or joining the aircraft at least at Mackay Airport.