The Singapore Armed Force's Exercise Wallaby 2016 was due to start on Thursday 15 September and will see multiple flights by Republic of Singapore Air Force (RSAF) helicopters heading to the Shoalwater Bay Training Area (SWBTA) and back to Rockhampton Airport.  In this post, we share some more great photos, this time captured by local plane spotters Trevor H and Kayanne H, as the six Republic of Singapore Air Force (RSAF) Aerospatiale / Eurocopter AS332M Super Puma helicopters made spectacular arrivals into Rockhampton Airport as two flights of three direct from their home base at Oakey on Tuesday 13 September. 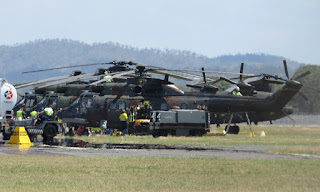 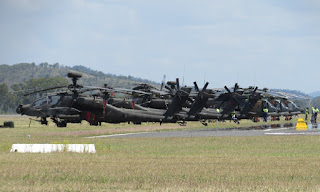 The first three Super Pumas to touch down wore the serial numbers 272, 292 and 276 and flew into Rocky as "Diamond". 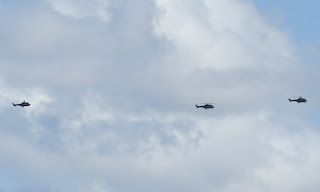 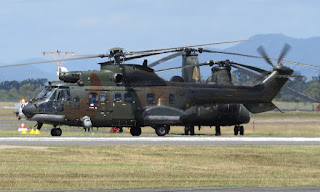 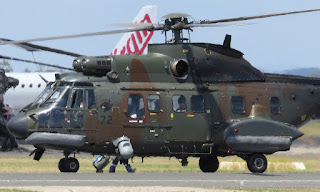 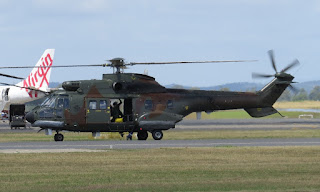 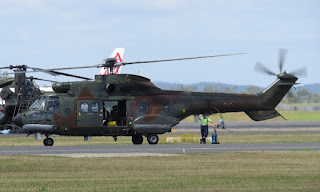 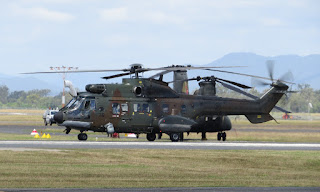 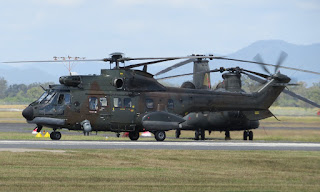 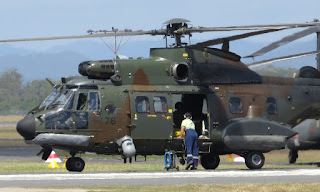 The other three Super Pumas were that arrived were identified as 220, 293 and 296 as used the radio callsign of "Ruby". 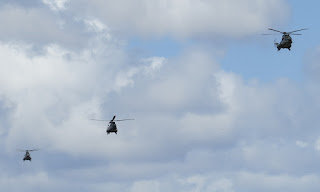 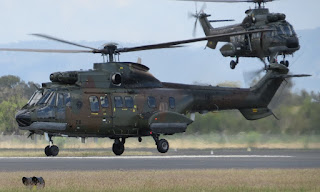 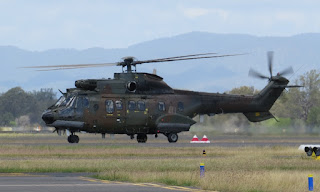 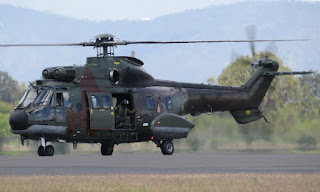 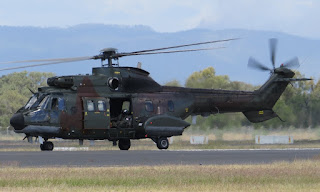 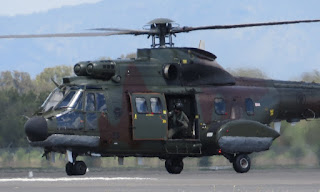 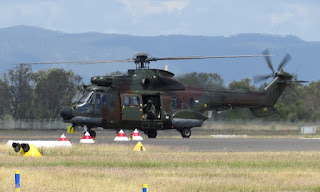 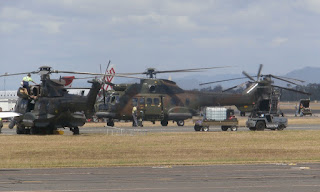 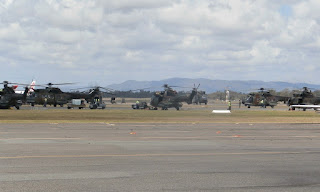 All four RSAF Boeing CH-47SD Chinook helicopters have now had their rotor blades fitted and continue to undertake test flights, as have the Boeing AH-64D Apache helicopters.  The Chinooks continue to use their usual radio callsign of "Cyclops", while the Apaches are again heard to be using the radio callsigns of "Atom" and "Astro".

The final participants in Exercise Wallaby 2016 - six Republic of Singapore Air Force (RSAF) McDonnell Douglas F-15SG Strike Eagle fighter jets - are due to arrive into Rockhampton Airport on Friday 16 September following an Exercise with the Royal Australian Air Force (RAAF) out of RAAF Base Amberley.

It is also expected that first heavy jet troop charter from Singapore will touch down at Rockhampton Airport this weekend.  Arrivals are expected during the evening - as per usual.  Stay tuned to the CQ Plane Spotting Blog for all the latest updates!

Sincere thanks to Trevor H and Kayanne H for taking the time to capture and send through these fantastic photos!