As mentioned below, on Monday 19 September, the six Republic of Singapore Air Force (RSAF) Boeing F-15SG “Shikra” Strike Eagles of 149 Squadron out of Paya Lebar Air Base commenced flying sorties as a part of the Singapore Armed Force's Exercise Wallaby 2016.  Several local plane spotters were at and around Rockhampton Airport to capture the action - including Dan B who has sent through some great photos which we present in this Blog post. 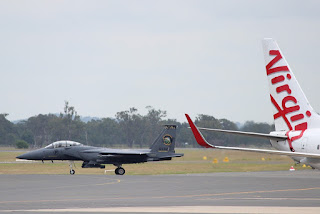 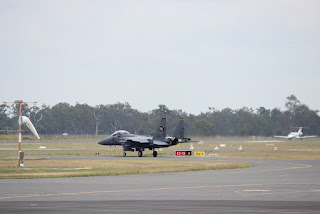 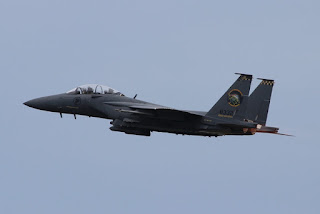 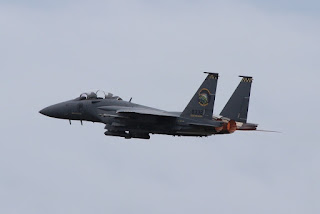 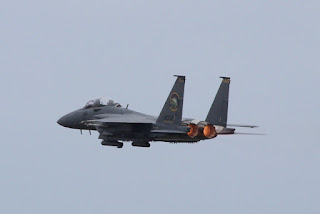 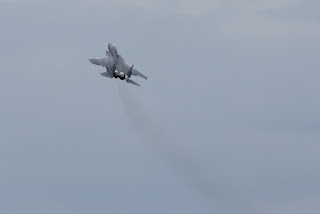 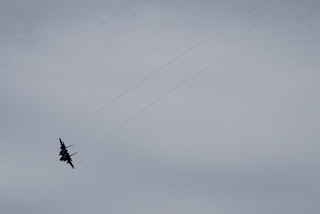 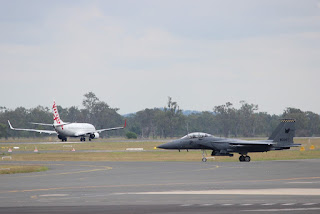 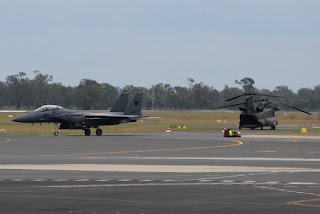 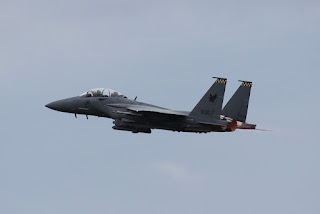 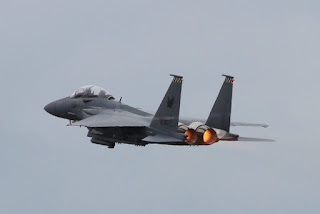 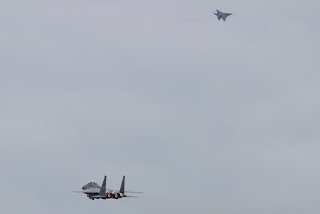 The F-15s flew in two waves - departing in three flights of two in the morning between 10.30am and 12pm - returning around 1pm.  And then again in three flights of two in the afternoon from around 3pm - returning around 5.30pm.  It was also interesting to hear different radio callsigns with the first two departing using their usual "Shikra" callsign, while the other two pairs flew as "Eagle" and then "Top Gun". 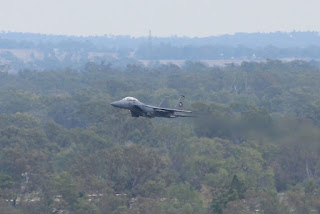 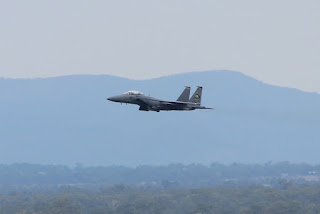 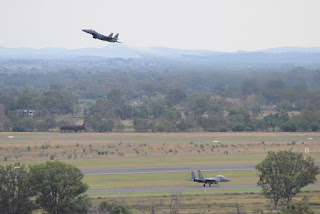 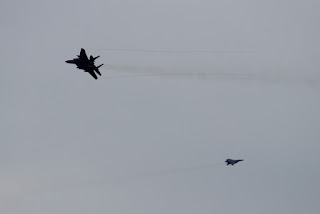 It is expected that there will be another full day of flying - including more sorties by the F-15s - with two sorties planned for midday and early evening on Tuesday 20 September. 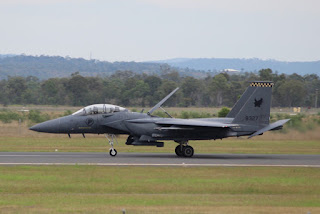 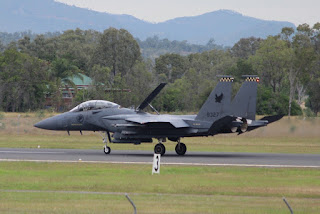 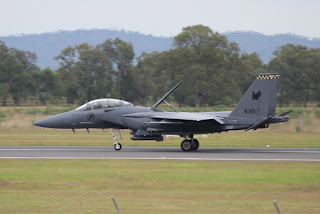 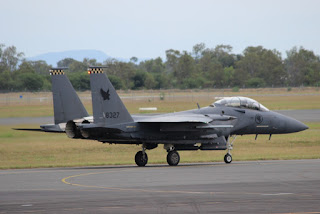 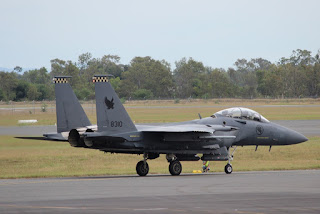 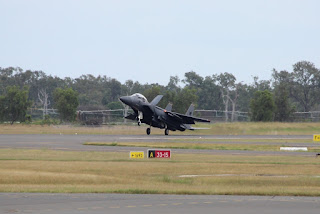 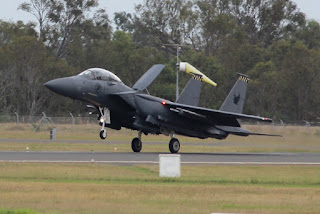 Sincere thanks to the Dan B for taking the time to capture and send through these awesome photos of a great day of action!

All photos taken by Daniel Bishop  ©
Posted by Damian F at 10:00 AM