After taking on fuel, VH-LHZ departed further South to RAAF Base Amberley.

VH-LHZ - which was heard to be possibly flying as "Choppa 9" - was believed to be flying South from Townsville following the completion of some recent military exercises in the area, including participating in Pitch Black 2016 (as shown above) where it operated out of RAAF Base Tindal near Katherine in the Northern Territory.  VH-LHZ may have also visited Mackay Airport while heading South.

VH-LHZ is owned by Lloyd Helicopters and operated by CHC Helicopters Australia, and is one of a number of choppers used for RAAF Search and Rescue jobs.

Meanwhile, another helicopter which was spotted visiting Gladstone Airport during the week was M. I. Helicopters of Roma Agusta (Bell) 206B VH-JZB. 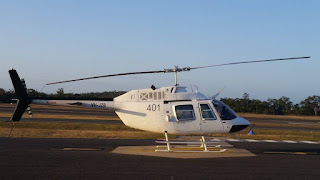 And finally, 'Mick' captured a couple of nice photos of Virgin Australia Embraer E-190 VH-ZPM which operated into Gladstone Airport late on Tuesday 6 September as VOZ1717/1720 from and back to Brisbane. 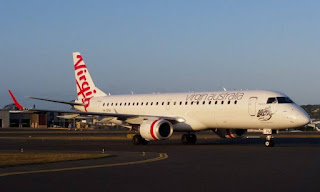 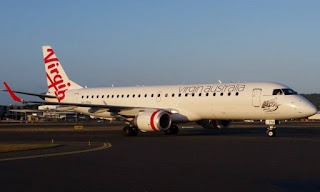 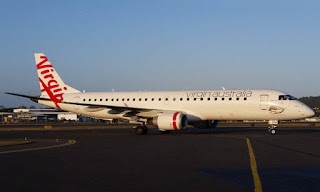 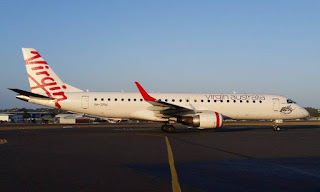 There are some days when as many as three E-190 jets operate the Virgin Australia services into the port city.