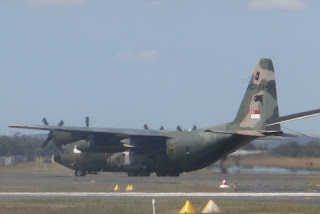 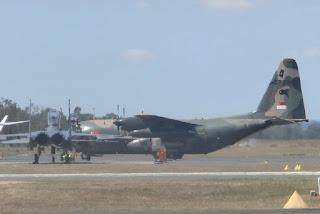 The Herc is one of six that are operated by the RSAF 122 Squadron out of Paya Lebar Air Base in Singapore.  '733' was noted using the radio callsign of "Rider 18" and then "Rider 28" during its two morning flights from and back to Rockhampton Airport. 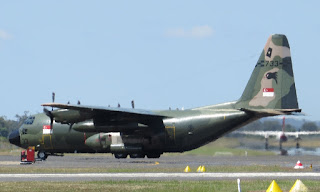 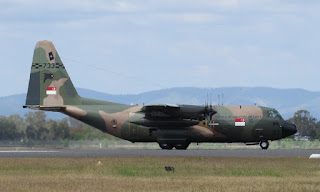 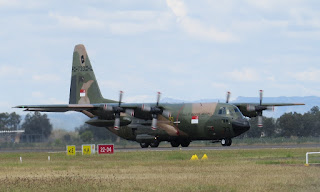 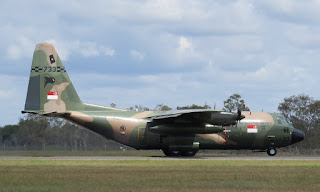 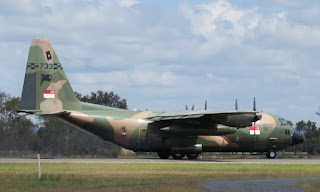 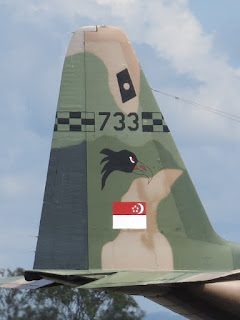 The Herc joined pretty much every RSAF helicopter in completing sorties to Shoalwater Bay on Saturday 24 September, as well as late-morning and early-evening sorties by the RSAF Boeing F-15SG 'Shikra' Strike Eagles.  One of the six F-15s was captured by local plane spotter Daniel B as it departed on an evening sortie late last week. 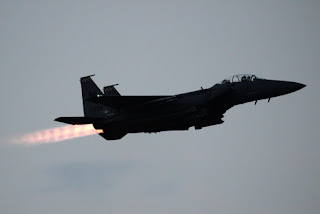 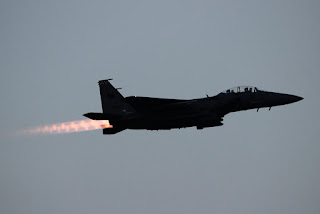 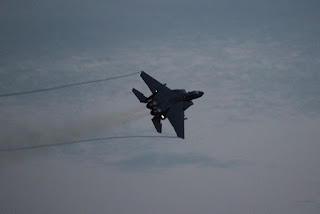 On Saturday 24 September, it was reported that one of F-15s had landing gear issues soon after its departure and returned immediately to Rockhampton Airport.

Finally, it is expected that Sunday 25 September will see another busy day of flying for the RSAF F-15s and helicopters that are presently deployed to Rocky and flying out of Rockhampton Airport and the nearby 'Warriors Camp'.

Sincere thanks to the Rocky plane spotters for their continuing coverage of the action from Exercise Wallaby 2016 at Rockhampton Airport!