On Tuesday 20 September, the Republic of Singapore Air Force (RSAF) Boeing F-15SG “Shikra” Strike Eagles of 149 Squadron out of Paya Lebar Air Base again flew sorties out of Rockhampton Airport as a part of the Singapore Armed Force's Exercise Wallaby 2016 - and several local plane spotters were again on  hand to capture the action! 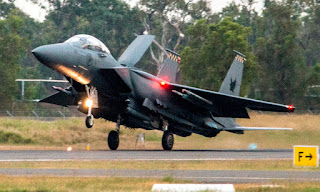 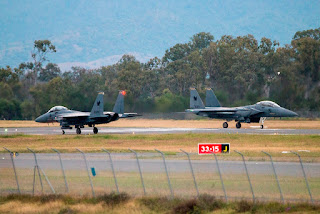 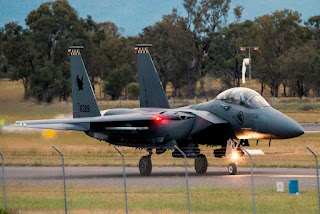 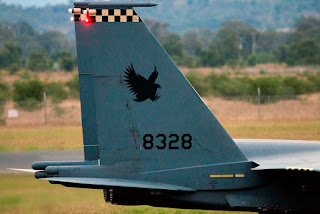 Around 12pm (midday) five of the six F-15s fired up and departed Rocky for the Shoalwater Bay Training Area (SWBTA) in two lots of two and a single.  They were again heard using the radio callsigns of "Shikra", "Eagle" and "Top Gun".

Then at around 6pm, after the sun had just set in the Western sky, four of the six F-15s made spectacular departures from Rocky to Shoalwater Bay with full afterburners lighting up the night sky. 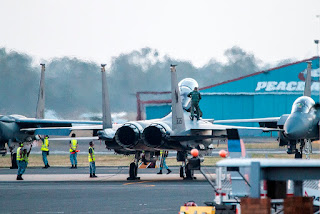 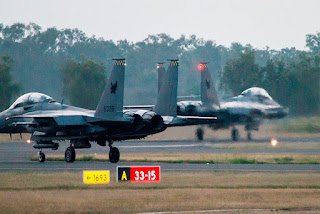 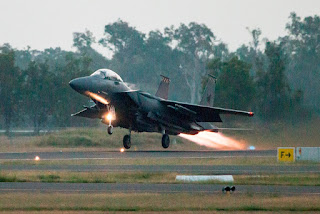 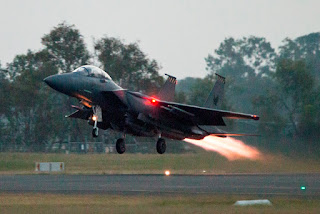 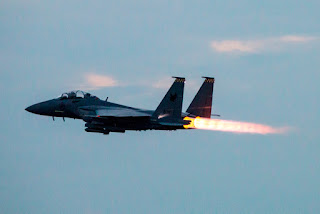 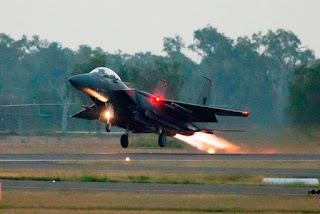 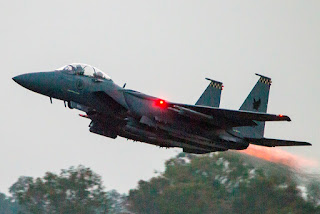 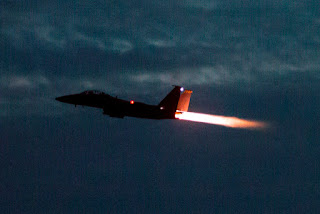 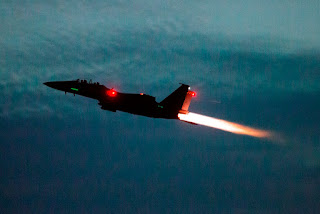 It was interesting to note though, on returning to Rockhampton Airport, one of the F-15s reported a bird-strike, while two of the F-15s needed attention from the local Aviation Rescue and Fire Fighting (ARFF) Services because of 'hot brakes'.

Reports suggest that the Rockhampton Airport Runway 15/33 is the shortest that the F-15s have used, and given the RSAF pilots landing long on the Runway, they required additional braking causing their brakes to overheat.  No damage occurred to the Runway or taxiway surfaces, nor the aircraft themselves.

It is expected that the will be another full day of flying - including more midday and evening sorties by the F-15s at similar times on Wednesday 21 September.

Sincere thanks to local plane spotter Russell P for allowing to share some of his stunning photos as the RSAF F-15s launched into the night!  You can check more equally stunning photos by Russell on his 'SmugMug' page:  https://mchalesnavy.smugmug.com/Action/

All photos taken by Russell Prothero  ©
Posted by Damian F at 11:30 AM