On Monday 19 September, the six Republic of Singapore Air Force (RSAF) Boeing F-15SG “Shikra” Strike Eagles of 149 Squadron out of Paya Lebar Air Base commenced flying sorties as a part of the Singapore Armed Force's Exercise Wallaby 2016 - and several local plane spotters were at and around Rockhampton Airport to capture the action! 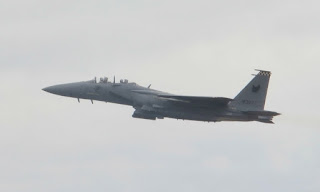 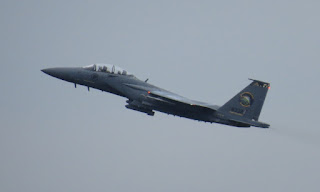 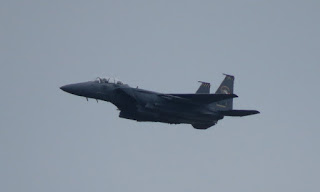 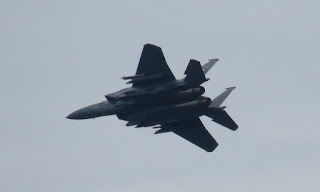 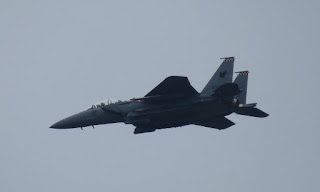 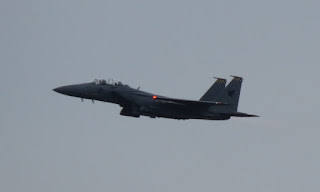 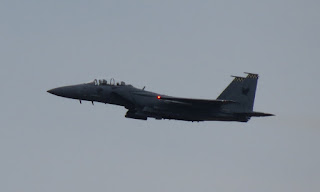 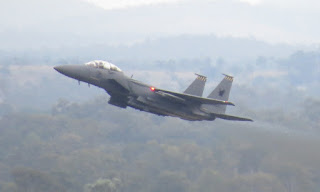 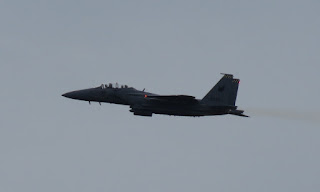 It was also interesting to hear different radio callsigns with the first two departing using their usual "Shikra" callsign, while the other two pairs flew as "Eagle" and then "Top Gun". 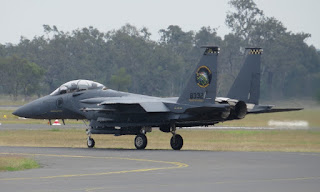 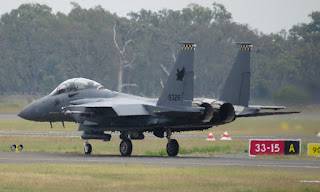 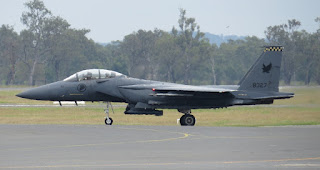 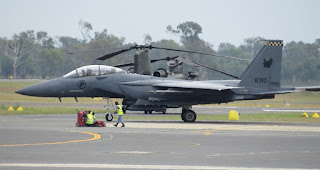 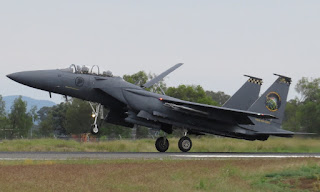 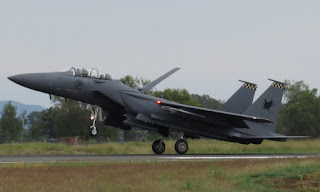 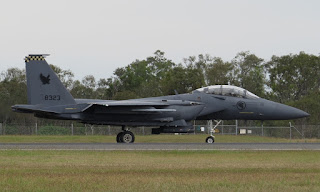 The F-15s joined the RSAF Boeing AH-64D Apache, Eurocopter / Aerospatiale AS332M Super Puma and Boeing CH-47SD Chinook helicopters in a full and night of flying from both Rockhampton Airport and the nearby 'Warriors Camp'.

It is expected that there will be another full day of flying - including more sorties by the F-15s at similar times on Tuesday 20 September.

Sincere thanks to the Rocky Plane Spotters for supplying the photos and information in this Blog post!  Much appreciated guys!