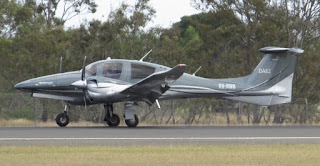 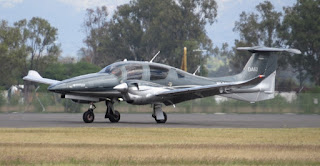 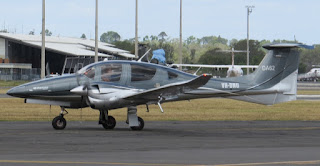 The sleek new Diamond DA62 diesel twin demonstrator is the 27th off the production line and has been reported as being the first in Australia.  VH-DNU is currently registered to Hawker Pacific. 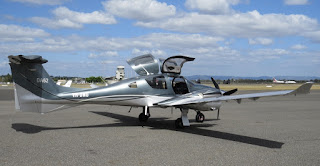 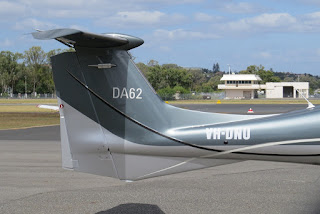 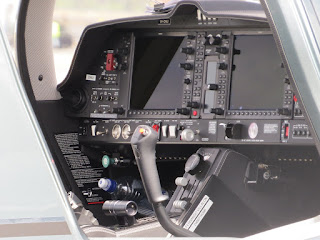 VH-DNU arrived into Rockhampton Airport from Archerfield and was demonstrated to a (potential) customer during a return flight to nearby Emu Park Airstrip.  After returning to Rocky, VH-DNU took on fuel and later departed to Cairns. 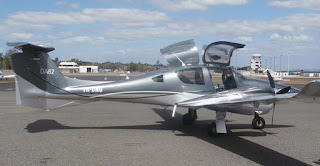 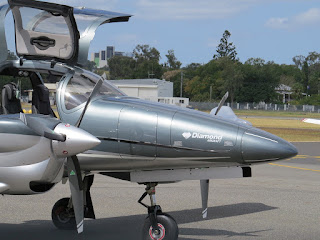 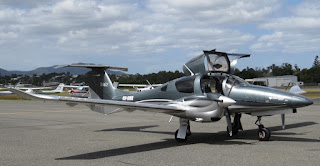 A couple of other interesting light General Aviation (GA) aircraft to also call into Rockhampton Airport on Monday 5 September included a triple-treat of Toowoomba-based aircraft.  These included McNab Aviation Cessna 414A VH-FKH and also Piper PA-31-350 VH-TTX which both operated from Toowoomba to Rockhampton and onto Bowen Airport.  They both returned to Rocky and then Toowoomba.  Also visiting Rockhampton Airport was Redjet Aviation Piper PA-31 Navajo VH-PJU with the Toowoomba-based Navajo visiting from Archerfield before then heading home to Toowoomba.

A lot earlier on Monday 5 September, a rare visitor to Rockhampton Airport in form of Royal Flying Doctor Service (RFDS) Pilatus PC-12/45 VH-NQB ("FlyDoc 428") which flew in from Blackall.  It later returned to its Charleville base.