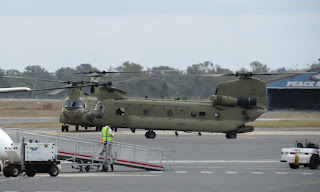 The two Chinooks were identified as A15-303 and A15-305 and are both operated by the Australian Army's 5th Aviation Regiment (5 Avn Regt) 'C' Squadron based at Townsville.  They were noted to have flown together into Rocky from the North using the radio callsign of "Chainsaw". 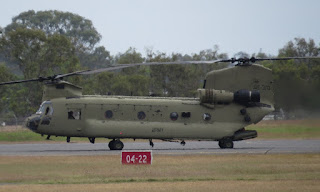 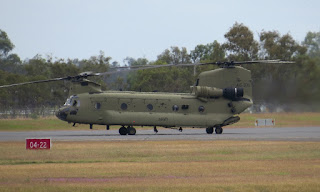 After taking on fuel, both Chinooks departed Rockhampton Airport for RAAF Base Amberley. 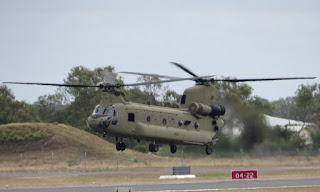 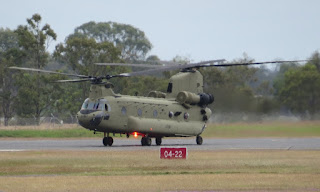 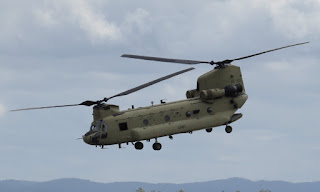 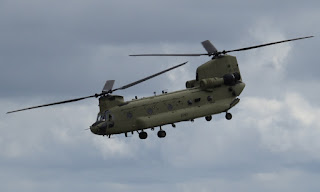 The visit of the Army Chinooks is a nice precursor to the planned deployment of four Republic of Singapore Air Force (RSAF) Boeing CH-47SD Chinook helicopters during the Singapore Armed Force's Exercise Wallaby 2016 which is due to start in mid-September.

Sincere thanks Kayanne H for taking the time to capture and send through these great photos!

All photos taken by Kayanne Hardsman  ©
Posted by Damian F at 9:01 PM