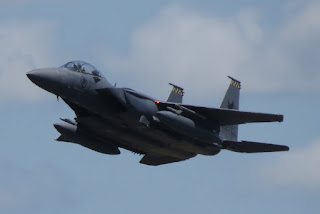 The six F-15s flew up to Rocky from Royal Australian Air Force (RAAF) Base Amberley where they have been recently photographed completing sorties with RAAF Boeing F/A-18F Super Hornets.  Prior to this, the six F-15s (plus another two) were involved with the RAAF's Exercise Pitch Black 2016 in the Northern Territory. 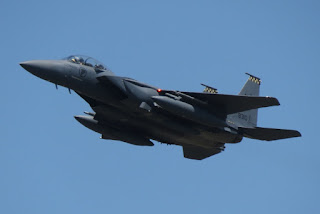 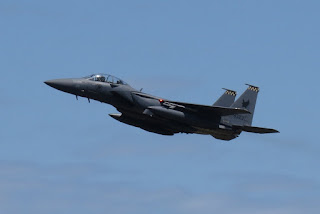 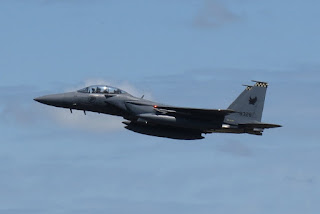 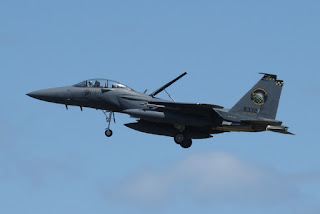 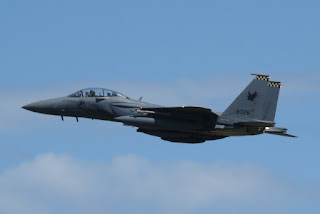 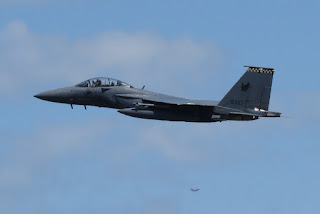 All six then joined together and completed airwork within the Shoalwater Bay Training Area (SWBTA) before landing at Rockhampton Airport and parking on the Northern Military Hardstand. 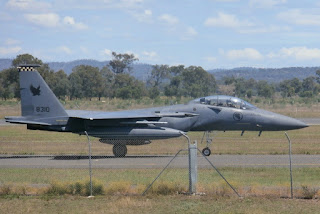 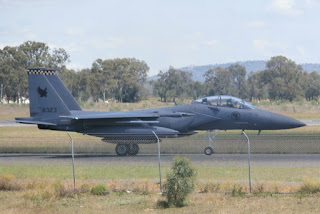 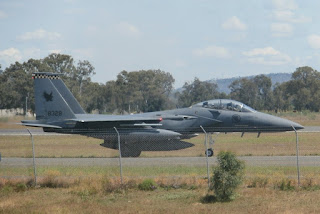 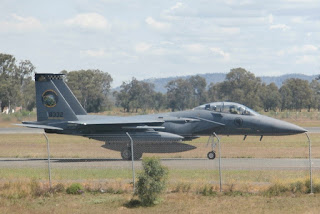 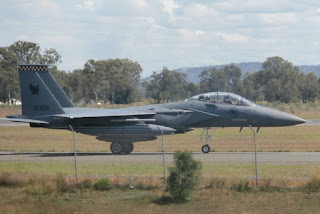 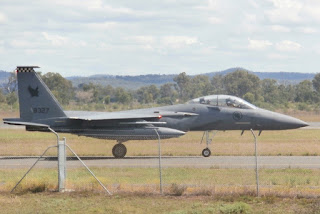 The F-15s are expected to remain in Rockhampton and participate in the Singapore Armed Force's Exercise Wallaby 2016 until mid-October - along with the RSAF Boeing AH-64D Apache, Eurocopter / Aerospatiale AS332M Super Puma and Boeing CH-47SD Chinook helicopters.

Sincere thanks to local plane spotters 'IAD' and Trevor H who were just one of many enthusiasts who came out to Rockhampton Airport on Friday 16 September to take in the spectacular fast jet action!

Photos taken by 'IAD' and Trevor Hardsman  ©
Posted by Damian F at 7:03 PM