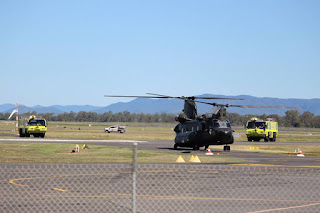 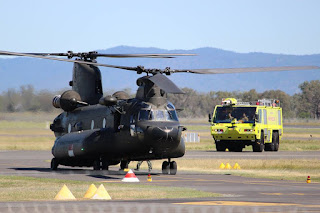 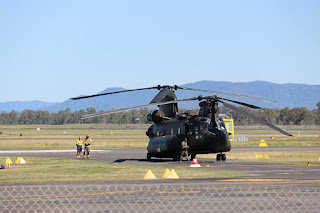 The Chinook - using the radio callsign "Cyclops" - was returning from the Shoalwater Bay Training Area (SWBTA) as part of the Singapore Armed Force's Exercise Wallaby 2016. 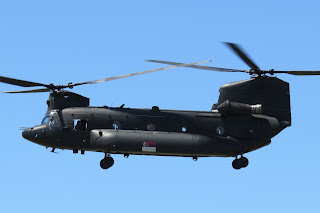 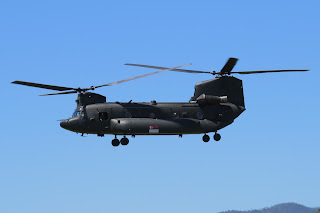 It landed without incident and taxied to a parking spot beside Rockhampton Airport's cross-Runway 04/22.  The Chinook had earlier departed the nearby 'Warriors Camp' for Shoalwater Bay.

Meanwhile, as mentioned on our Facebook page, there have been some issues with the brakes on the RSAF Boeing F-15SG 'Shikra' Strike Eagles.  On Tuesday 20 September, it was believed that two of the F-15s had 'hot brakes' after landing back at Rockhampton Airport after completing sorties to Shoalwater Bay.  One of the F-15s - serial '8310' - is shown below receiving attention from local Aviation Rescue and Fire Fighting (ARFF) Services. 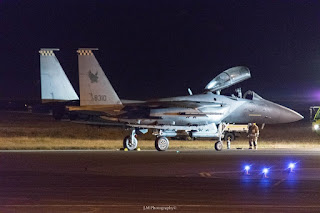 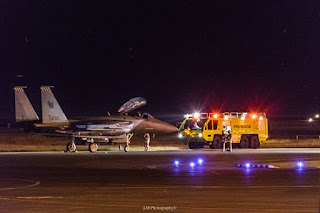 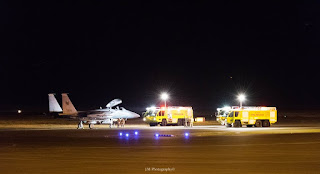 There is word around Rockhampton Airport that the main Runway 15/33 is the shortest that the RSAF F-15s have ever operated on and the pilots are experiencing difficulties with landing and stopping along the 2,568 metre (8,425 feet) Runway.  It is believed that their frequent overshoots (missed approaches) when the F-15s are returning to Rocky are to allow the pilots to regain their bearings and prepare more thoroughly for landing.

One of the F-15s also reported a bird strike on returning to Rockhampton Airport, while at least one other of F-15s was reportedly 'broken down' on Wednesday 21 September and failed to departed on the evening sorties. 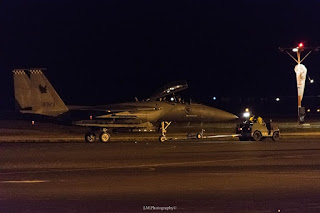 Moreover, also on on Wednesday 21 September, one of the RSAF F-15s - serial 8323 - taxied out for departure but failed to depart and was eventually towed back to its parking spot on the Northern Military Hardstand.

Sincere thanks to the local Rockhampton Plane Spotters for their continuing coverage of all the goings-on at Rockhampton Airport during Exercise Wallaby 2016.