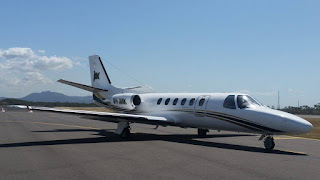 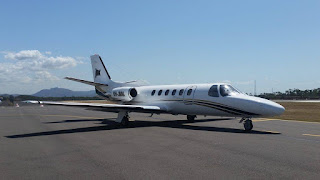 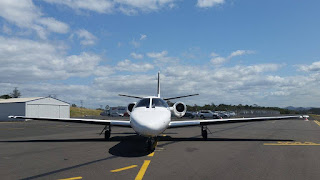 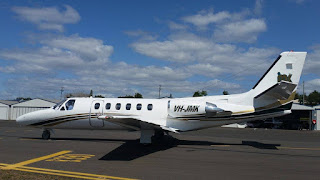 VH-JMK flew into Gladstone from the Sunshine Coast, and after the crew took time to have some lunch, it departed back there.  It also looked as though VH-JMK completed some airwork in the Gladstone Airport circuit area before heading South. 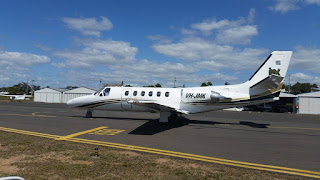 VH-JMK was once housed at Rockhampton Airport.  However as we reported a couple of months ago, the current registered operator of the Citation - J. M. Kelly (Project Builders) - which still has stickers adorning it - has recently gone into liquidation.  On Thursday 7 July, VH-JMK departed Rocky for the Sunshine Coast, where it has remained ever since (presumably) undergoing maintenance.

We speculated at the time that it could be that one of CQ's locally-based bizjets had gone for good!

Finally, another smart little visitor which also paid Gladstone Airport a visit from the Sunshine Coast but on Saturday 3 September was Lancair IV-P VH- LWL. 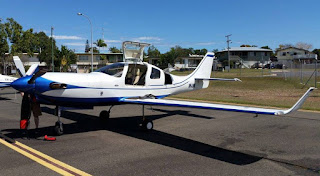 It was interesting to note that VH-LWL completed the 400km flight from the Sunny Coast to Gladstone in just under an hour, while the return flight in the afternoon lasted only 49 minutes!  Great performance!

Thanks to 'Mick' for their continuing support of the CQ Plane Spotting Blog and for taking the time to capture and send through these great photos from Gladstone Airport!