You made the previous post one of the most popular on the CQ Plane Spotting Blog ever - and you've asked for more - so here are some more awesome photos captured by local plane spotter Kayanne H on Friday 16 September as six Republic of Singapore Air Force (RSAF) Boeing F-15SG “Shikra” Strike Eagles of 149 Squadron out of Paya Lebar Air Base made a spectacular arrival into Rockhampton Airport.  They were identified wearing the serial numbers: 8310, 8323, 8328, 8332, 8326 and 8327.

As mentioned below, the six F-15s flew up to Rocky from Royal Australian Air Force (RAAF) Base Amberley in two flights of three and initially completed familiarisation exercises including low overshoots at Rockhampton Airport. 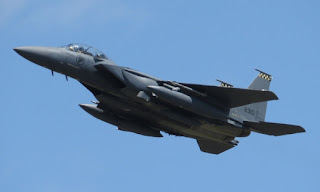 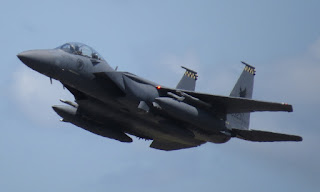 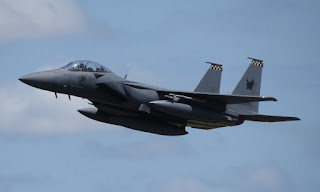 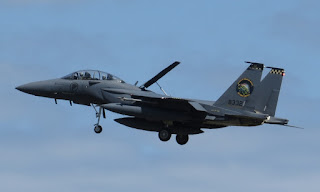 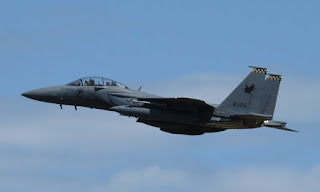 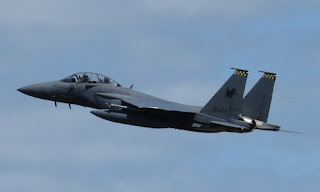 All six then joined together and completed airwork within the Shoalwater Bay Training Area (SWBTA) before landing at Rockhampton Airport.  After landing and as they taxied to their parking spots on the Northern Military Hardstand, all six F-15s also stopped at the "Shikra Checker" before proceeding to parking. 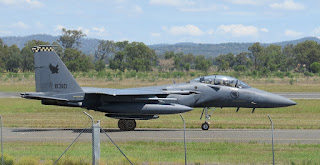 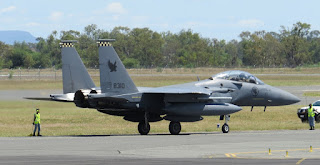 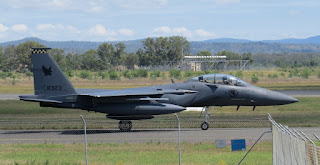 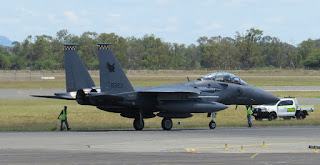 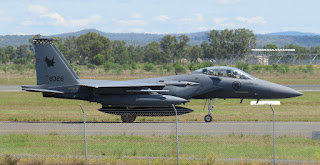 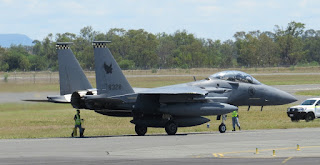 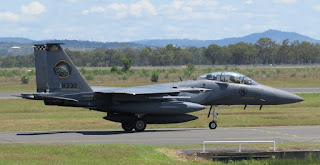 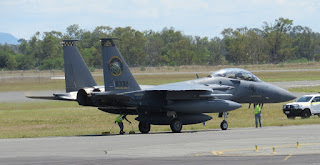 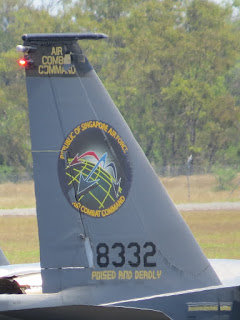 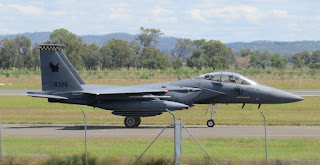 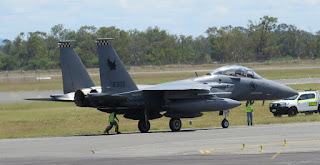 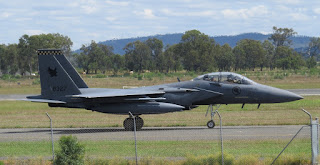 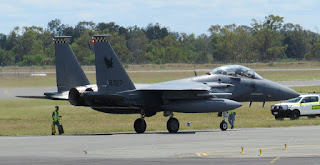 The F-15s are expected to remain in Rockhampton until mid-October and participate in the Singapore Armed Force's Exercise Wallaby 2016 - along with the RSAF Boeing AH-64D Apache, Eurocopter / Aerospatiale AS332M Super Puma and Boeing CH-47SD Chinook helicopters.

****I'm told that the first sorties to be flown by the F-15s will take off around mid-morning and then mid-afternoon on Monday 19 September.  It is also expected that they will fly night-time sorties which will certainly look spectacular with their afterburners illuminating the night sky!


Sincere thanks to local plane spotter Kayanne H who was just one of many enthusiasts who came out to Rockhampton Airport on Friday 16 September to take in the spectacular fast jet action!

All photos taken by Kayanne Hardsman  ©
Posted by Damian F at 5:45 PM