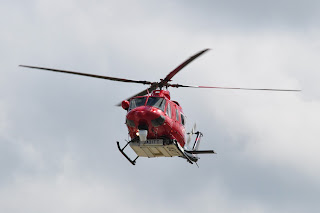 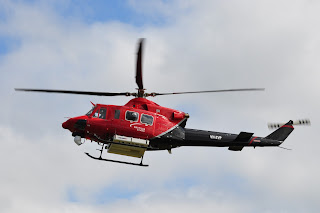 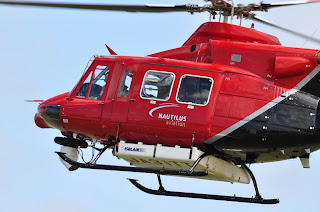 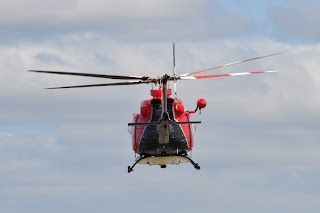 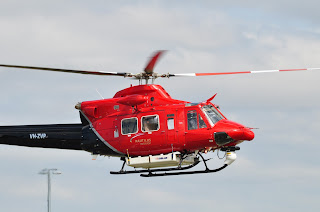 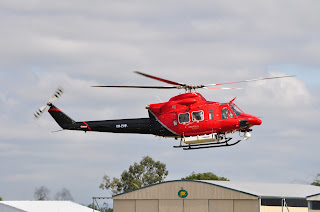 VH-ZVP is a recent acquisition for the Far North Queensland-based Nautilus Aviation.  It is heading to Nautilus Aviation's Cairns base where it will join their fleet of choppers not only on general charter work but also on standby as an emergency services chopper.

Of interest, VH-ZVP is an ex-Japanese Government helicopter (ex JA31TT) which was imported into Australia and transported by truck from Sydney's Port Botany Terminal to Bankstown Airport where Hawker Pacific has performed a complete refit and rebuild over the last eight months.

The massive Bell helicopter certainly provided a great spectacle as it arrived into Rocky!
Posted by Damian F at 11:17 PM