As we posted below, on Tuesday 20 September, Australian Army Boeing CH-47F 'Foxtrot' Chinook helicopters A15-303 and A15-305 were spotted passing through Rockhampton Airport. 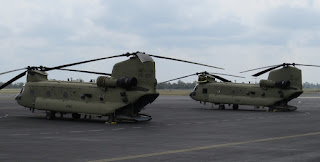 Local plane spotter Kayanne H was also on hand and captured some great photos as the two Chinooks, which are both operated by the Australian Army's 5th Aviation Regiment (5 Avn Regt) 'C' Squadron based at Townsville, touched down from Royal Australian Air Force (RAAF) Base Amberley.  They then took on fuel and later departed home to Townsville. 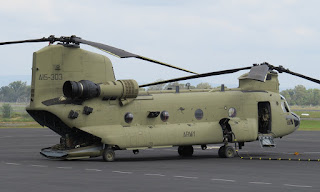 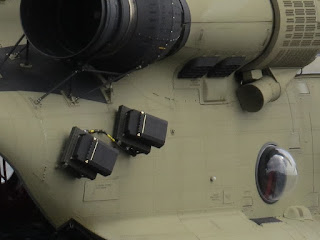 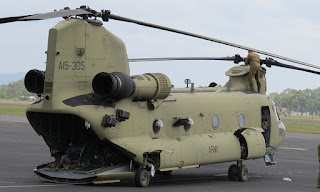 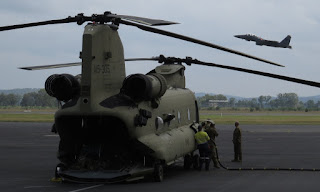 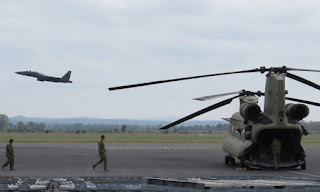 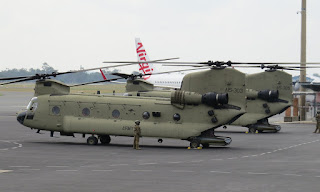 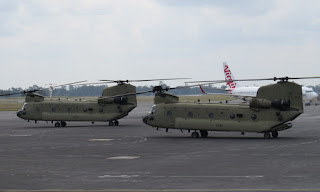 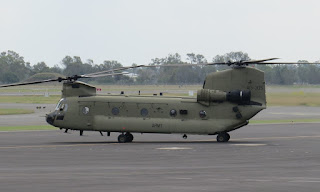 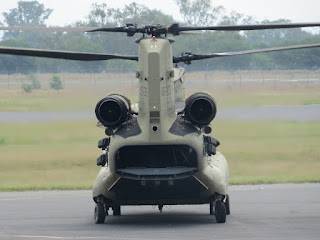 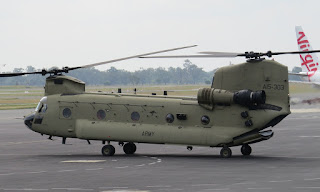 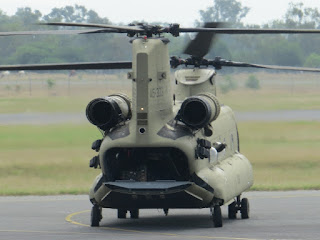 As with their previous visit in early September, the two Chinooks were noted to by flying together using the radio callsign of "Chainsaw".

Meanwhile, on Wednesday 21 September, Royal Australian Air Force (RAAF) Canadair CL-600-2B16 Challenger 604 bizjet A37-003 was noted departing Mackay Airport for the Sunshine Coast again as "Consort 25".  It had arrived at Mackay from Rockhampton and Townsville late on Tuesday 20 September.

Finally, also on Wednesday 21 September, a pair of Royal Australian Air Force (RAAF) Beech B350 Super King Air turboprops were again noted completing airwork at a couple of CQ Airports.  A32-436 - flying as "Hudson 7" for the second day-in-a-row - completed airwork at Hamilton Island Airport after flying South from Townsville.  It then flew to Barcaldine and Longreach where it looked to complete more airwork before returning to Townsville.

And A32-437 - again flying as "Dingo 36" - was noted completing airwork at Biloela / Thangool Airport and then Mackay Airport while flying North from RAAF Base Amberley.

All photos taken by Kayanne Hardsman  ©
Posted by Damian F at 9:06 PM