Also on Thursday 15 September, Royal Australian Air Force (RAAF) Airbus A330-203 / KC-30A (MRTT) A39-003 conducted not one, but two missed approaches at Rockhampton Airport, during the morning and then late afternoon during what appeared to be a busy day of flying. 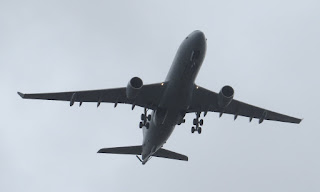 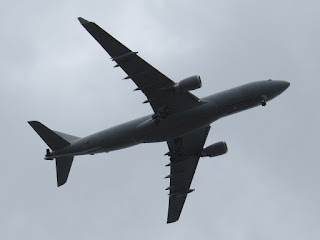 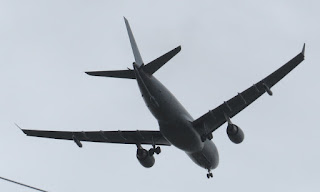 Initially flying as "Dragon 20", A39-003 flew up from RAAF Base Amberley and completed a missed approach at Rocky before returning South where it completed airwork at the Gold Coast.  It then returned to Amberley.

Then, during the late afternoon, A39-003, now flying as "Dragon 21", again flew North from Amberley and completed a missed approach at Rockhampton Airport. 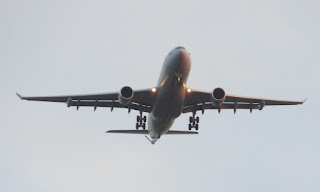 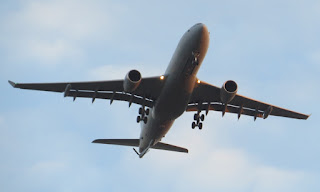 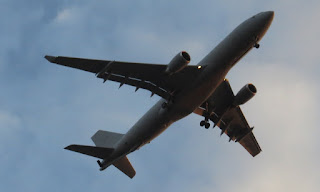 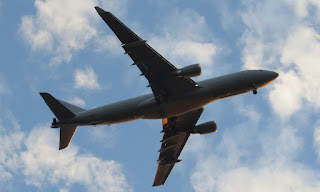 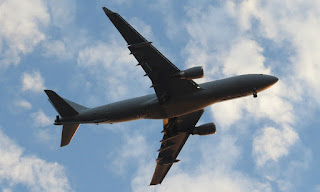 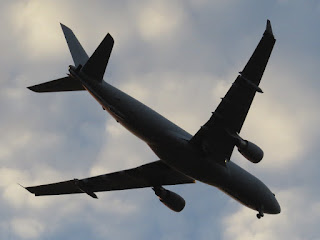 It then returned South.

Meanwhile, also on Thursday 15 September, for the second day in a row, RAAF Beech B350 Super King Air A32-426 flew South from Townsville as "Dingo 33" and completed several missed approaches before returning North. 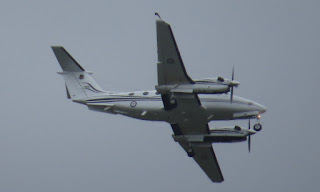 Finally, RAAF Canadair CL-600-2B16 Challenger 604 bizjet A37-001 was noted flying South on Thursday 15 September as "Envoy 98" and is believed to have called into Roma Airport.  It flew North to Townsville via Mackay and Whitsundays using the same callsign on Wednesday 14 September.

All photos taken by Kayanne Hardsman  ©
Posted by Damian F at 10:53 PM