As we've been mentioning, the Singapore Armed Force's Military Exercise Wallaby 2016 is due to start in just over a week, and the action at Rockhampton Airport is starting to ramp up.  Not only will there be another two visits by the massive Antonov 124 this week, but on Monday 5 September, the first Republic of Singapore Air Force (RSAF) aircraft has called into Rocky delivering various pieces of equipment in support of the Exercise. 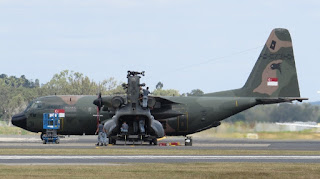 RSAF Lockheed C-130H Hercules '731' touched down from Darwin as "Singa 9652".  The Herc is one of six that is operated by 122 Squadron out of Paya Lebar Air Base in Singapore. 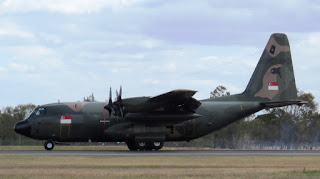 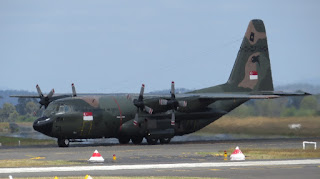 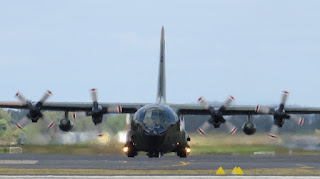 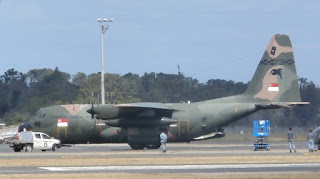 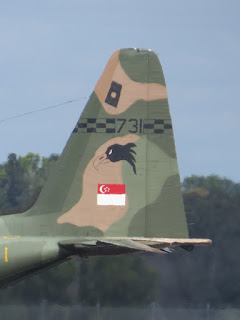 Rockhampton Airport and surrounds will soon be a hive of activity as several RSAF Super Puma, Apache and Chinook helicopters will again take up residence and operate sorties to the nearby Shoalwater Bay Training Area (SWBTA).  It is also expected that RSAF Boeing F-15SG “Shikra” Strike Eagle fighter jets will take part in Exercise Wallaby 2016, also operating daytime, and spectacular nighttime sorties also into Shoalwater Bay.

Stay tuned to the CQ Plane Spotting for all the latest news and photos of Exercise Wallaby 2016 at Rockhampton!

Thanks to local plane spotters Kayanne H and Trevor H for sending through these great photos from today!