While the Antonov Airlines (Antonov Design Bureau) AN-124-100 'Ruslan' UR-82073 watched on, a pair of Republic of Singapore Air Force (RSAF) Lockheed C-130H transport aircraft departed and arrived at Rockhampton Airport on Tuesday 6 September. 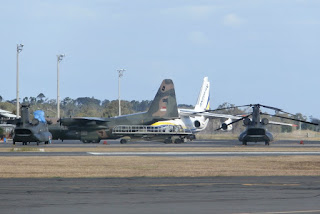 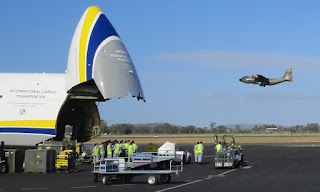 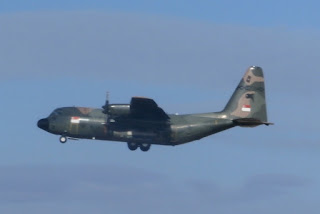 Then in the middle of the afternoon, fellow RSAF Lockheed C-130H Hercules '730' arrived at Rockhampton Airport also from Darwin but as "Singa 9653". 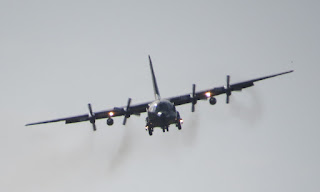 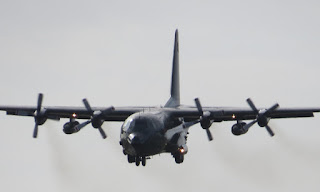 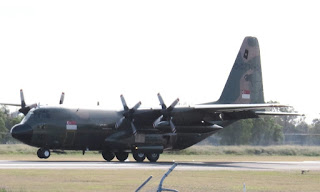 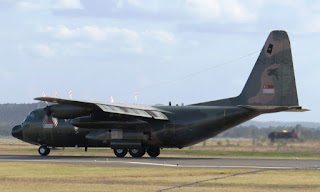 It was parked on the Military Hardstand on the Northern end of the Rockhampton Airport apron and was promptly unloaded. 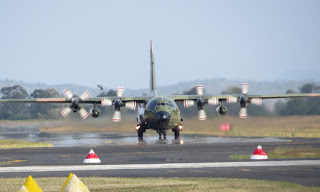 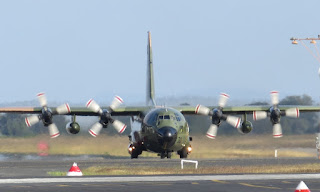 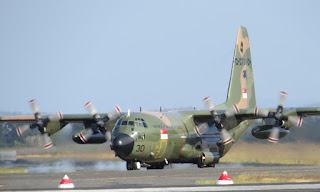 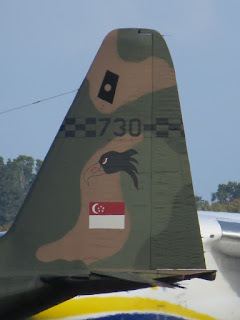 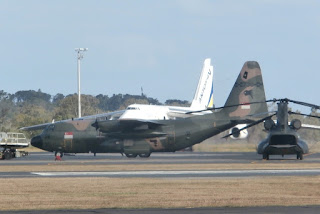 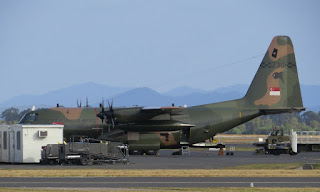 After staying for the night, '730' as also returned to Darwin, departing Rockhampton Airport early on Wednesday 7 September again as "Singa 9653".

The Hercs are two of six operated by the RSAF's 122 Squadron out of Paya Lebar Air Base in Singapore.

It is expected that one Hercules will spend some time deployed to Rockhampton Airport during Exercise Wallaby 2016.

Sincere thanks local plane spotters Trevor H and Ian H for taking the time to capture and send through these great photos!

Photos taken by Trevor Hardsman and Ian Hardsman  ©
Posted by Damian F at 8:28 AM