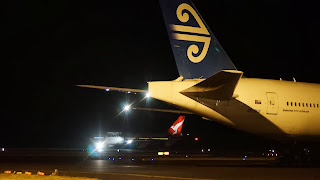 First to arrive, just after 7pm, was Air New Zealand Boeing B777-200 ZK-OKB which touched down direct from Singapore's Changi Airport as ANZ1920.  ZK-OKB is no stranger to Rockhampton, having operated similar charter flights last year. 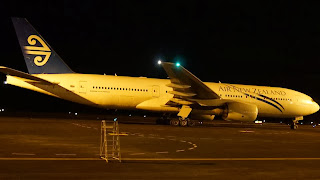 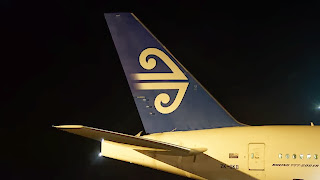 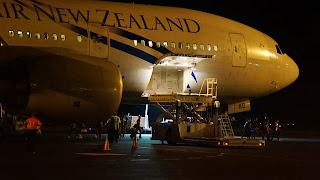 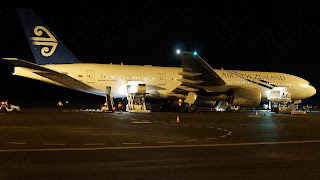 Just after 11pm, Qantas Boeing B747-400ER VH-OEG also touched down at Rockhampton Airport, again flying direct from Singapore but as QFA6030.  Due to a small engineering issue with a fuel truck, the Air New Zealand B777 was stuck on Gate 6 at Rockhampton Airport for a short time, before it taxied away, allowing the Qantas B747 onto the Gate. 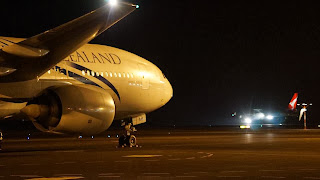 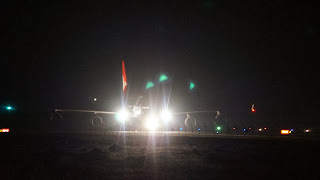 ZK-OKB departed back to Singapore as ANZ6021.  It is expected that ZK-OKB will return to Rokhampton Airport on another charter on Thursday 3 October. 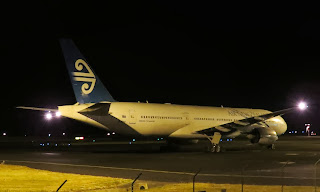 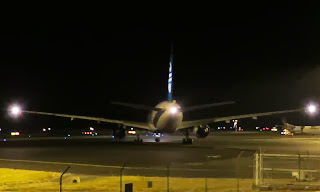 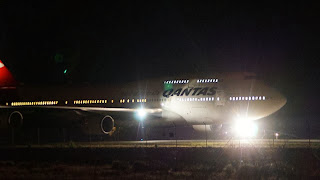 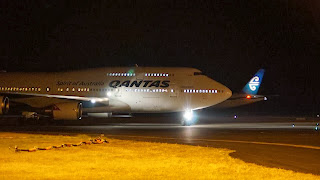 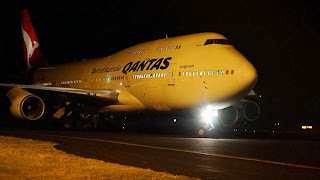 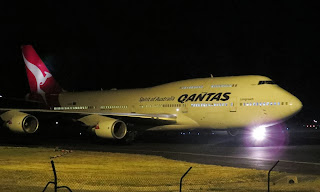 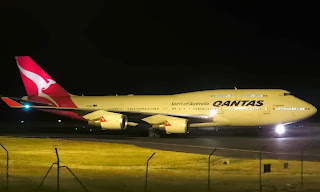 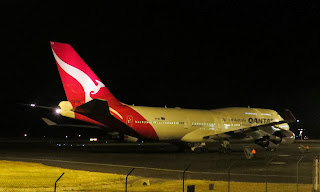 This was the first visit of VH-OEG into the Beef Capital, and certainly made for a spectacular sight! 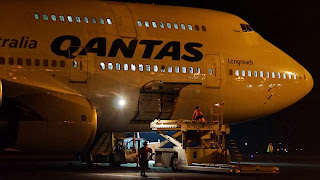 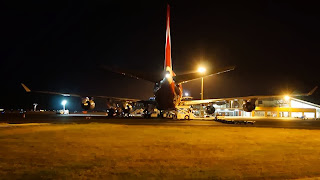 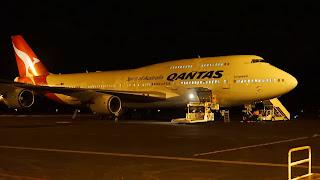 VH-OEG eventually departed to Sydney early on Thursday 3 October from where it resumed scheduled services with the flying kangaroo.

My sincere thanks to local plane spotters Ash B and Travis W for sending through their fantastic photos from a great night's plane spotting at Rockhampton Airport - and there is so much more to come!!