Local plane spotter Travis W has sent through yet more fantastic photos of the spectacular action at Rockhampton Airport this week as the Singapore Armed Force's Exercise Wallaby 2013 is in full swing. 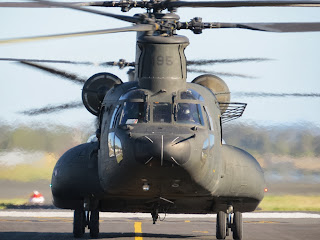 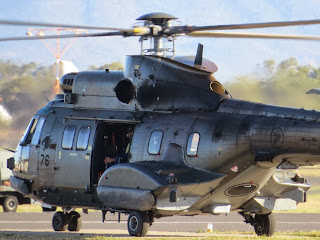 Travis captured Apache '060' returning into Rockhampton Airport - the Apaches have been heard to be using the radio callsigns of "Atom", "Astro", and "Avon". 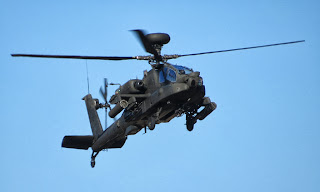 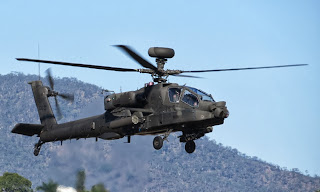 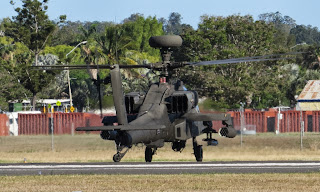 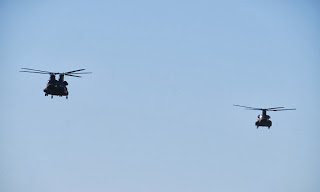 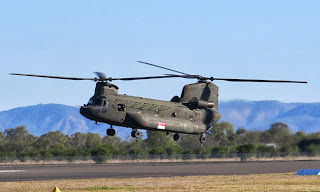 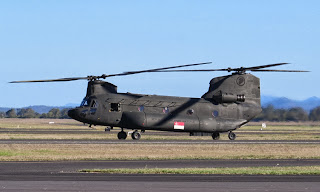 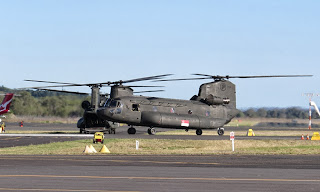 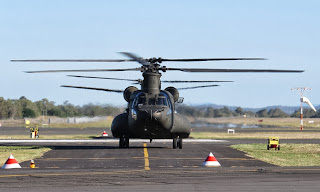 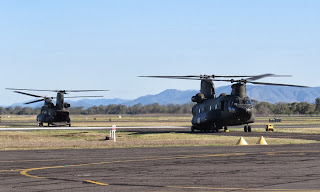 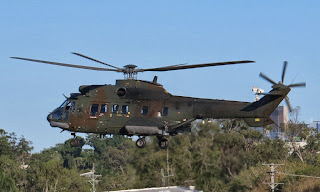 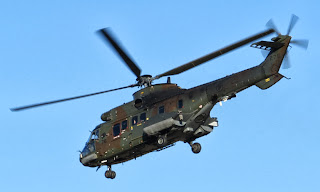 Lastly, perhaps the most spectacular movements as Rockhampton Airport have been from the RSAF General Dynamics (Lockheed Martin) F-16C/D Block 52 Version Fighting Falcon jets.  They have been heard to be using the radio callsigns of "Widow", "Golem", and "Banh". 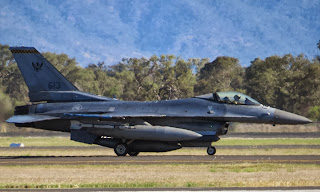 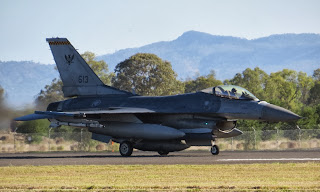 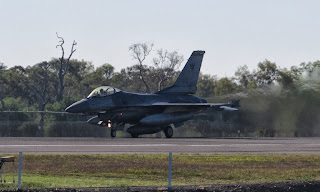 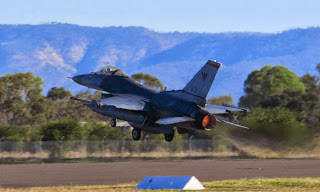 F-16D '625' was captured by Travis making a spectacular late evening departure for Shoalwater Bay.  They have departed most evenings, providing a spectacular sight for local spotters and enthusiasts, and the general public alike! 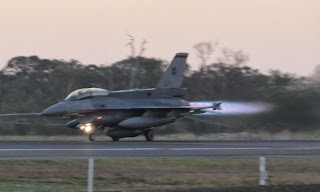 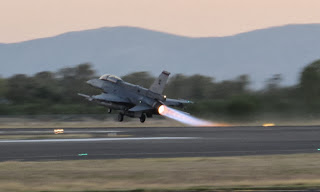 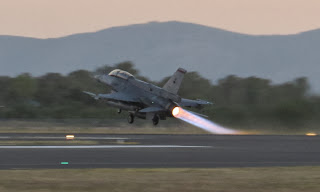 It's also been noted that the pilots are operating with Night-Vision Goggles (NVGs) in place!

Thanks to Travis for providing these awesome images!

All photos taken by Travis Whiting  ©
Posted by Damian F at 3:28 PM