As well as our usual contributors still sending through some absolutely stunning images from Rockhampton Airport during the Singapore Armed Force's Exercise Wallaby 2013, we have received some more awesome images from a couple of fans of the Central Queensland Plane Spotting Blog! 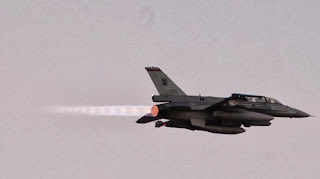 Colleen from Charlee Photography ventured to the Airport late one afternoon recently and captured some stunning images of one of the Republic of Singapore Air Force (RSAF) General Dynamics (Lockheed Martin) F-16C/D Block 52 Version Fighting Falcon jets departing Rockhampton Airport on a sortie to the Shoalwater Bay Training Area (SWBTA). 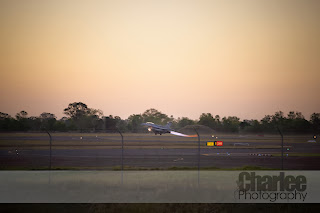 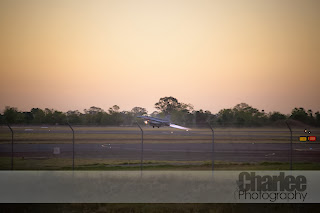 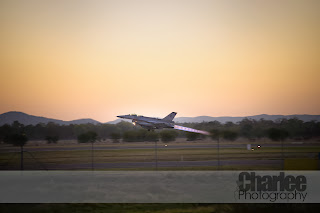 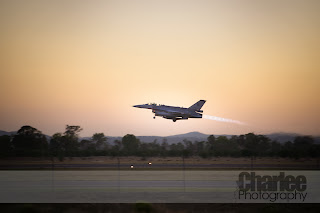 Certainly a departure from the norm for Colleen, as Charlee Photography is actually one of the Rockhampton region's favourite newborn and maternity photography businesses.  Colleen even admitted that capturing the F-16 was a rarity for her as she normally specialises in capturing special events and precious moments.  Colleen can be contact by phone on:  0414 707 927, or by email:  colleen@charleephotography.com.au .  Charlee Photography's website is:  http://www.charleephotography.com.au .

Meanwhile Roy from Jet Thrust Aviation Images is Singapore-based and has ventured to Rockhampton Airport to capture numerous images from Exercise Wallaby 2013.  And Roy is a wealth of Singapore Military aviation knowledge, revealing that F-16C serial 611 (pictured below returning from a sortie to the Shoalwater Bay Training Area) is adorned with special markings from Exercise Top Ace, a biennial competition pitting the RSAF squadrons against each other in tests of their air combat competencies. 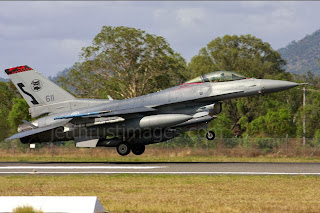 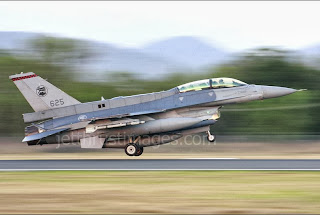 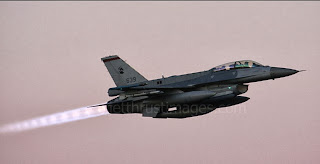 Finally, some more fantastic images to enjoy from one of our regular contributors Ash B, whose work is receiving rave reviews from Rockhampton aviation enthusiasts.  I'm sure you'll agree that they are some very spectacular images! 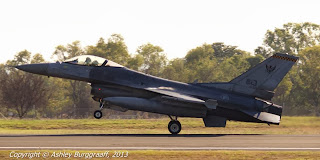 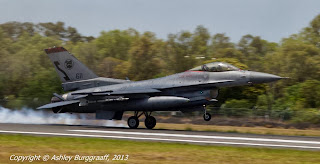 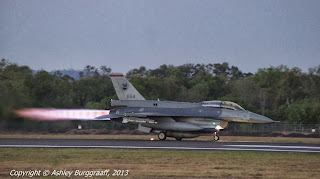 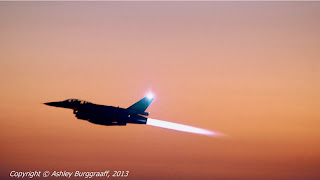 I would sincerely like to thank Colleen, Roy, and Ash for allowing me to share with you all these absolutely stunning photos from Rockhampton Airport.  The RSAF F-16s are putting on a spectacular show - and these talented photographers are capturing this and being extremely generous in allowing me to share their work with you all!  Thanks guys!
Posted by Damian F at 9:14 PM