Loyal follower and regular contributor to the Central Queensland Plane Spotting Blog, Brendan B, has sent through a couple of lovely photos of the inaugural scheduled Emirates Airbus A380 service into Brisbane on Wednesday 2 October. 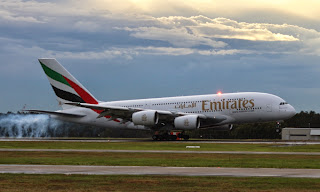 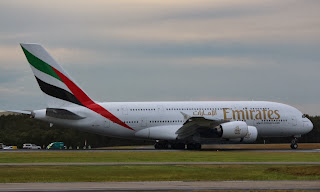 Emirates A380-861 A6-EEK operated the inaugural scheduled Emirates A380 service into Brisbane, arriving direct from Dubai as UAE434 just after 6am.  It eventually departed to Auckland, again as UAE434, just after 8am, making for a spectacular sight as it turned towards New Zealand. 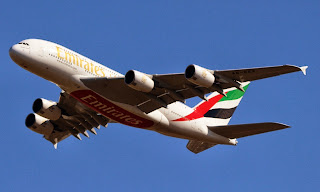 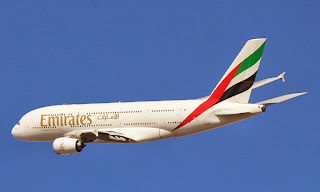 While he was at Brisbane Airport, Brendan spotted Alliance Airlines Fokker F-70 VH-QQX as it taxied for departure to Emerald early on Wednesday 2 October as UTY2400 - on behalf of QantasLink. 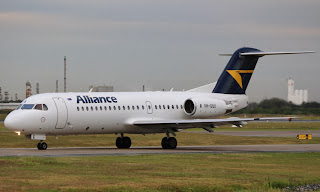 He also photographed a couple of interesting aircraft that are being utilised on various fly-in fly-out (FIFO) routes throughout Queensland - and often into Central Queensland - including Vincent Aviation BAe 146-200 ZK-ECO and SAAB 340B VH-VNU. 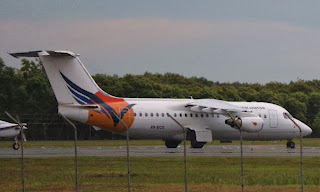 VH-VNU has thus far been used on FIFO flights to Roma from Brisbane. 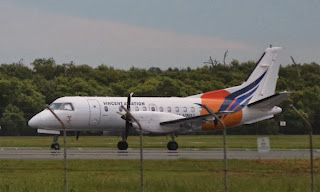 And JetGo Australia Embraer E-135LR VH-JZG was spotted by Bendan, however it was departing to the Osborne Mine as JG11. 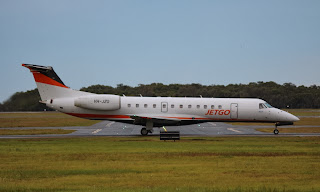 What a truly fantastic day for aviation enthusiasts in Brisbane!

And thanks to Brendan for sending through these fantastic photos!

All photos taken by Brendan Berry  ©
Posted by Damian F at 11:18 PM