Local plane spotter Travis W spent a lovely afternoon at Rockhampton Airport on Monday 30 September, and he was fortunate enough to capture some spectacular images of one of the visiting Republic of Singapore Air Force (RSAF) Boeing CH-47SD Chinook helicopters - identified as 88195 - as it conducted one of its several 'hover test-flights' after its arrival at Rockhampton Airport last week. 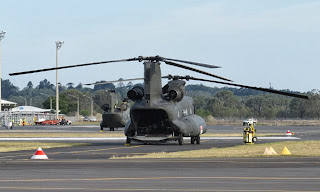 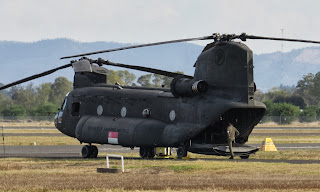 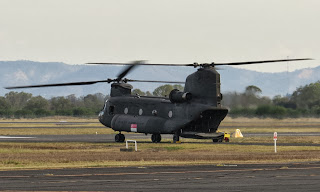 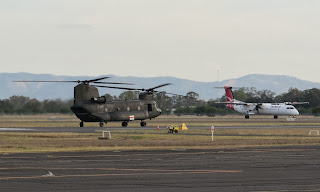 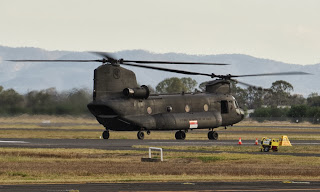 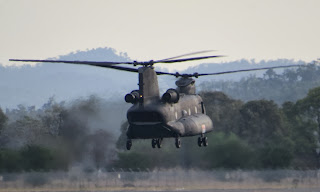 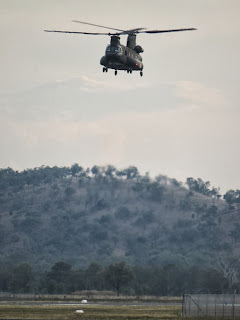 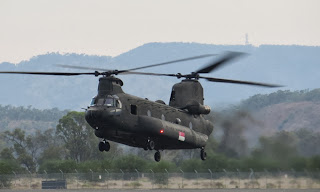 There are two RSAF Chinooks at Rockhampton Airport for the Singapore Armed Force's Exercise Wallaby which was scheduled to start on Monday 30 September, however at this stage, only one has been set up and flown.  It reportedly used the radio callsign of "Cyclops". 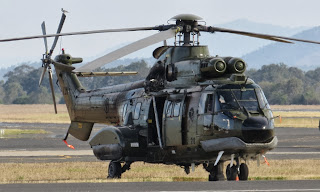 He managed to catch 292 as it departed and later made a spectacular return to the Eastern helipad at the end of Rockhampton's Runway 22. 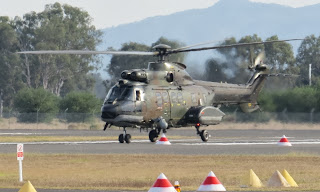 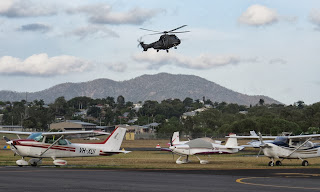 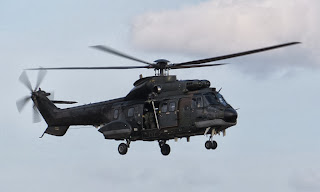 RSAF Boeing AH-64D Apache 059 was also photographed by Travis as it was still being prepared for flight following its arrival last week too. 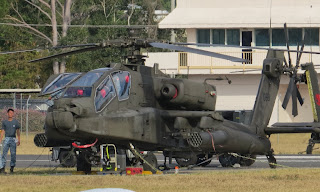 Also at Rockhampton Airport on Monday 30 September was a visit by Virgin Australia's newest Boeing B737-800 VH-YIV which touched down from Brisbane as VOZ1245. 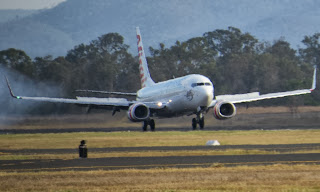 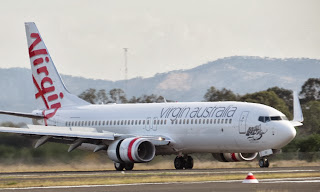 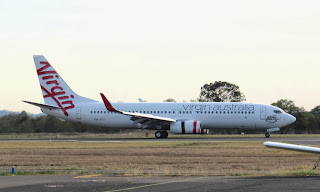 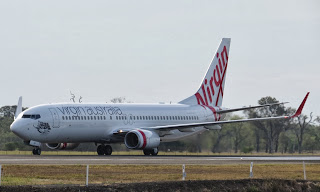 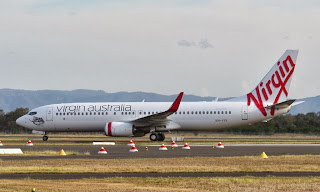 It later departed back to Brisbane as VOZ1246. 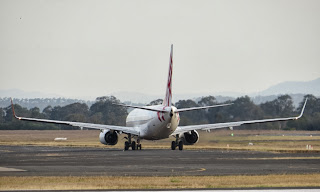 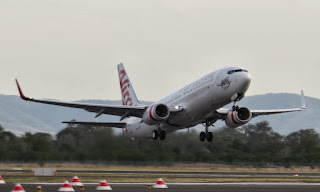 As VH-YIV departed, QantasLink (Cobham Aviation) Boeing B717-200 VH-NXR also touched down at Rockhampton Airport from Brisbane but as QJE1740. 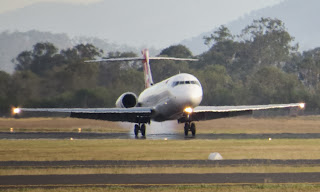 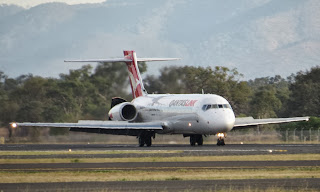 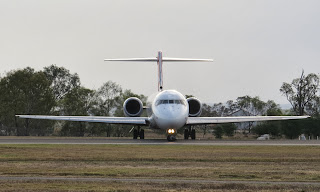 Thanks to Travis for sending through these great images from a great afternoon of plane spotting at Rockhampton Airport - we look forward to many more images of the RSAF helicopters over the coming weeks!

In fact, word around the Airport is that we should start seeing some heavy jets touching down at Rockhampton Airport this week carrying troops from Singapore to participate in the Exercise!  Stay tuned to the CQ Plane Spotting Blog for updates!

All photos taken by Travis Whiting  ©
Posted by Damian F at 8:51 PM