Under perfect skies - although it was a hot day - the Capricorn Helicopter Rescue Service (CHRS) Family Fun Open Day was held at their hangar at Rockhampton Airport on Saturday 12 October.  Rockhampton plane spotters Kayanne H and Trevor H ventured to the Airport and had a great afternoon looking through their Bell 412EP VH-EPR and talking to the CHRS crew. 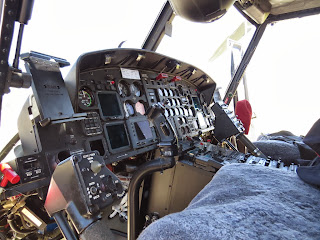 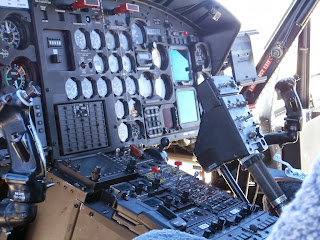 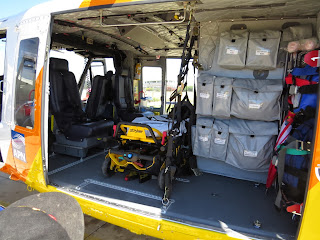 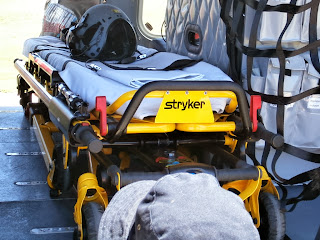 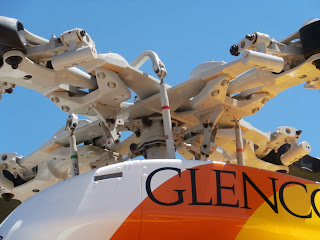 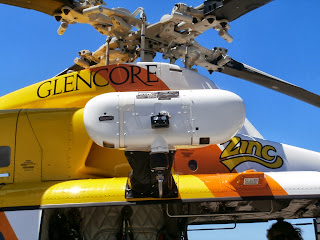 With the Mission Statement: "To facilitate the ongoing development and operation of a world class aerial search and rescue service with full aeromedical and counter disaster capabilities in the Central Queensland region", the Capricorn Helicopter Rescue Service provides rapid deployment of medical or rescue teams to major accidents, incidents or search and rescue operations. It also acts as an airborne intensive care unit to transfer critically ill or injured patients to a hospital where they can get the treatment they need. Whether in the bush, at sea or on a remote road or mine site the rescue helicopter can land and board injured or lost patients..

The RACQ Capricorn Helicopter Rescue Service is a community based, non-profit, registered charity and Registered Public Company.  The Service was incorporated in December 1995 and started operations on 26 January 1996.  All rescue services are provided free of charge. The Service operates 24 hours a day 365 days a year.  The RACQ Capricorn Helicopter Rescue Service operates under a five year rolling service agreement with the Queensland Government. The service agreement is administered by Queensland Health.