Local plane spotter Ben O has sent through some more fantastic photos from a great afternoon of plane spotting at Rockhampton Airport on Wednesday 9 October.  By far the highlight of the afternoon was the numerous movements of the Republic of Singapore Air Force (RSAF) aircraft and helicopters in association with the Singapore Armed Force's Exercise Wallaby 2013.

The afternoon kicked off for Ben with the departure of two of the RSAF General Dynamic (Lockheed Martin) F-16C Block 52 Version Fighting Falcon jets - 611 and 613 - to the Shoalwater Bay Training Area (SWBTA). 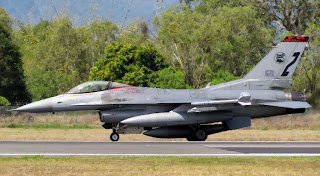 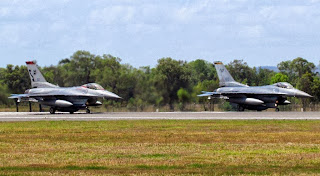 Then a pair of RSAF Boeing AH-64D Apache helicopters returned to Rockhampton Airport at the completion of one of their sorties. 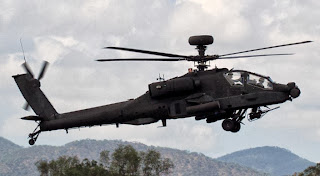 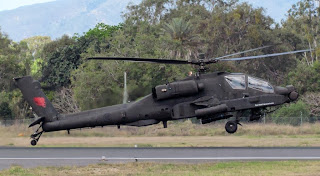 Later, the resident RSAF Lockheed C-130H Hercules '735' departed on yet another sortie from Rockhampton Airport. 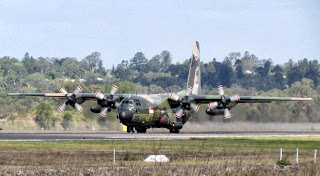 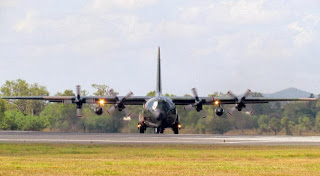 '735' returned a little while later.  It was noted using the radio callsign of "Condor". 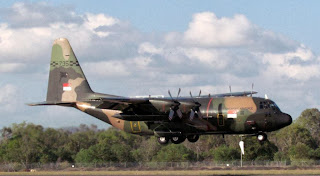 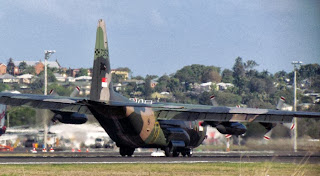 RSAF F-16D Block 52 Version Fighting Falcon jets 639 and 625 then returned to Rockhampton Airport at the completion of their sortie to Shoalwater Bay. 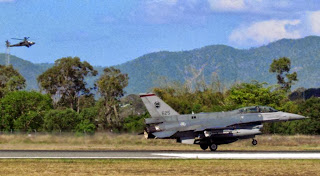 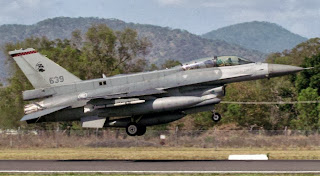 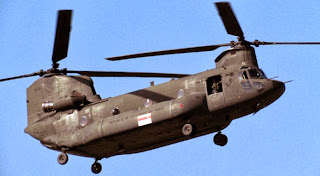 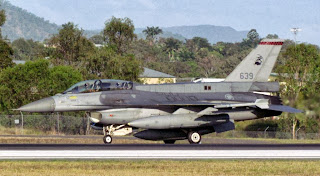 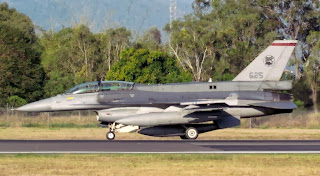 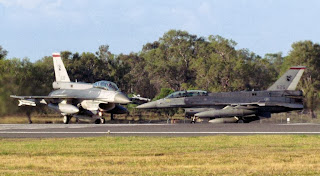 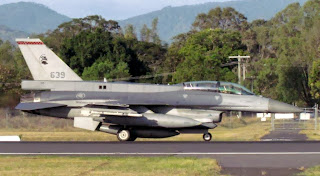 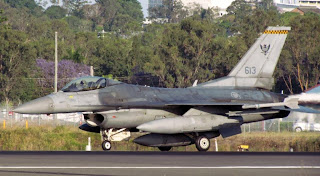 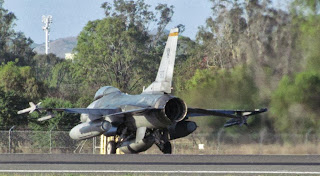 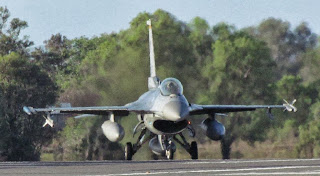 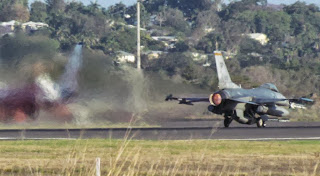 Sincere thanks to Ben for sending through these great photos!  It looks like it was fantastic afternoon of plane spotting action at Rocky!