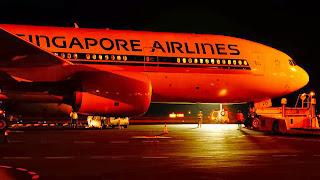 Singapore Airlines Boeing B777-200 9V-SVO has paid a visit to  Rockhampton Airport late on Friday 4 October.  This was the fourth heavy jet charter flight into Rocky within three days, bringing troops to the beef capital to participate in the Singapore Armed Force's Exercise Wallaby 2013. 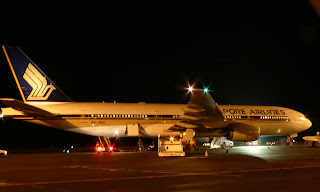 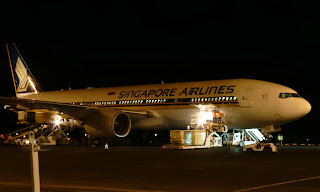 Local plane spotters Don W and Ash B were on hand to capture some stunning images of the B777 after it arrived at Rocky direct from Singapore's Changi Airport as SIA8931. 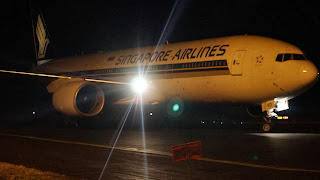 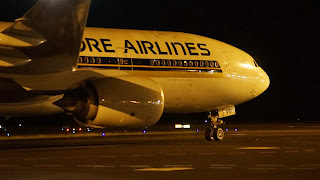 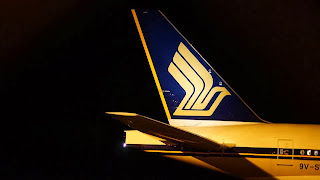 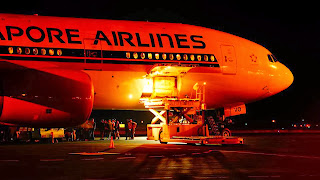 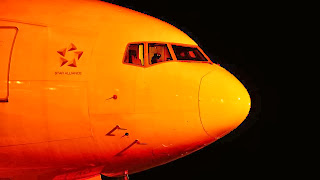 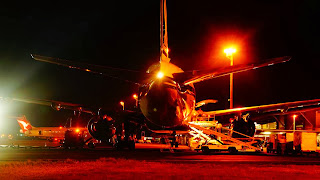 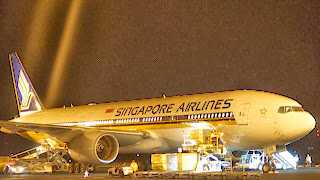 9V-SVO departed a little later back to Singapore as SIA8932.  It is expected that (possibly) this aircraft will return to Rocky later on Saturday 5 October, again operating from and back to Singapore.

Thanks to Don and Ash for sending through these fantastic photos!

Photos taken by Don Williams and Ash Burggraaff  ©
Posted by Damian F at 10:24 AM