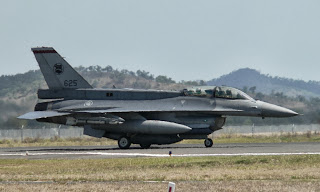 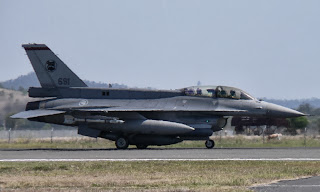 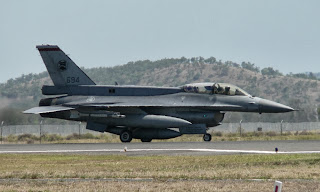 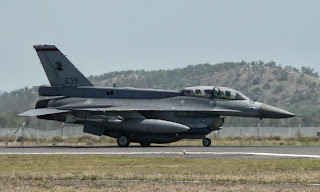 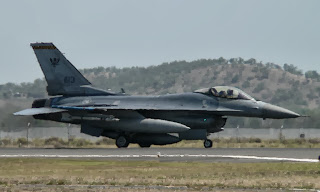 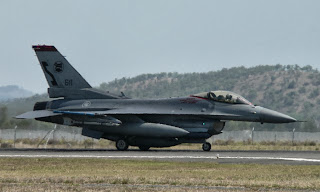 The F-16s flew sorties of around 2-hours in length, seeing them land again at Rockhampton Airport during the middle of the afternoon.

Also captured by Don departing Rockhampton Airport on Wednesday 9 October was RSAF Lockheed C-130H Hercules '735' which has taken up residence at Rockhampton, and often departs on sorties using the radio callsign "Condor". 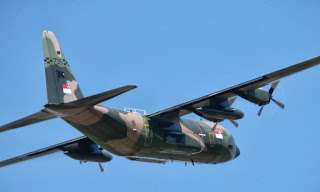 Spectacular photos captured by Don - and he was very chuffed to capture all this action during his lunch break!  Good one!  Thanks Don!

All photos taken by Don Williams  ©
Posted by Damian F at 3:42 PM