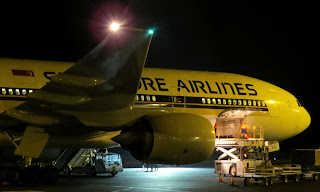 The series of heavy jet charters into Rockhampton Airport continued late on Friday 25 October with Singapore Airlines Boeing B777-200 9V-SVK touching down direct from Singapore's Changi Airport as SIA8931. 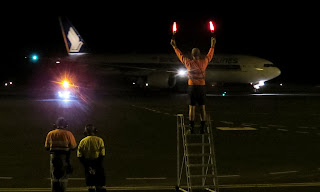 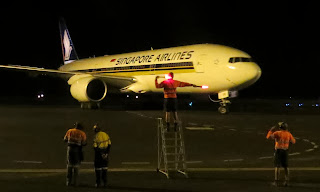 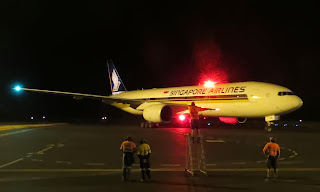 Local plane spotter 'IAD' was on hand - along with a couple of other interested locals - and captured some lovely images of the B777 which was making its first visit to the beef capital. 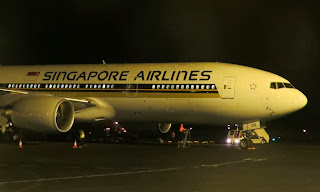 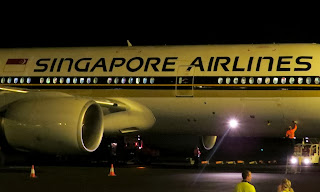 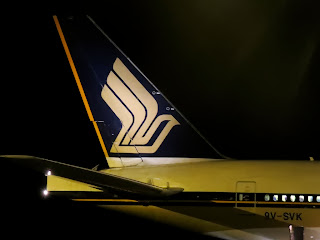 After a couple of hours on the ground, 9V-SVK departed back to Singapore as SIA8932. 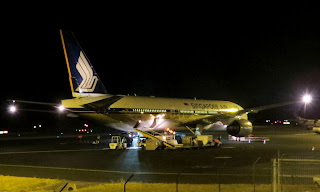 Soon after the departure of the Singapore Airlines aircraft, Air New Zealand B777-200 ZK-OKC again touched down at Rockhampton Airport - this time as ANZ6036 from Singapore.  This was presumably a 'positioning' flight, as it later departed with a full load of passengers and cargo in the early hours of Saturday 26 October as ANZ1937 direct to Singapore.


At the time of writing, ZK-OKC is again scheduled to visit to Rockhampton late on Saturday 26 October, along with Singapore Airlines B777-200 9V-SVH, which will touch down about 8.30pm local, making its first visit to Rocky.

Thanks to 'IAD' for capturing these great images of some great movements into Rockhampton!