Alliance Airlines is one of Australia's (possibly the) pre-eminent dedicated Fly-in Fly-out (FIFO) aircraft charter operator in Australia, specialising in operations on behalf of the Resource Industry. 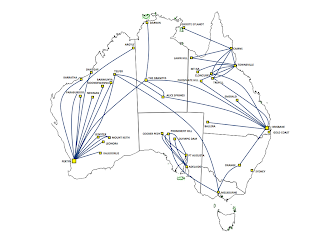 Alliance Airlines was established in 2002 when Brisbane-based Queensland Airline Holdings acquired the assets of the dormant Flight West Airlines, which had been established in May 1987 and was liquidated in 2001 (see our Historic Spot from last month - LINK HERE). 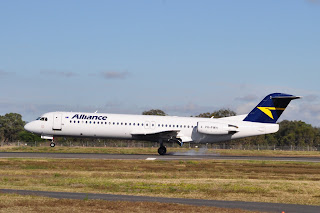 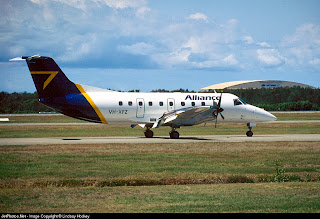 Over the years Alliance has since expanded its fleet and operational capabilities to service the growing demand from the mining and energy sector. They acquired several second-hand Fokker 100 twinjets from the United States of America (USA), with most of these being delivered to Brisbane wearing an American registration and old US Airways colour scheme.


Later, Alliance took delivery of yet more Fokker 100s this time from Germany - with VH-XWS photographed in its old Germania colour scheme at Brisbane Airport in 2011. 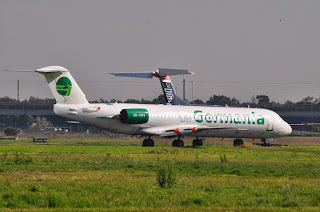 
The latest additions to their fleet, the Alliance Fokker 70's are being introduced to cater for the rapid expansion in the resources sector. The long range capability of the aircraft will enable the delivery of direct services from the east coast to W.A. mine sites, bypassing Perth - for example Brisbane to Telfer, or Brisbane to The Granites.


These jet aircraft are complemented by six Fokker 50 turboprop aircraft in a 52 seat, all economy configuration.  VH-FKY is pictured below at Biloela / Thangool Airport on FIFO duties in July this year (File photo by Jamie C) 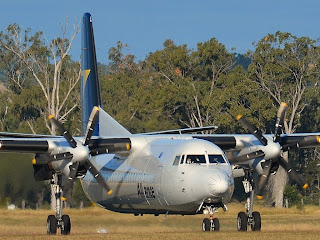 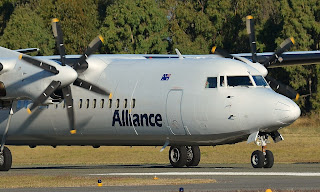 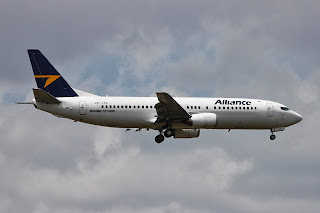 
Alliance Airlines is wholly owned by Alliance Aviation Services Limited and has around 450 employees.  Steve Padgett who is chairman, is part owner with Stephen Bond and Hugh Jones, chief executive of New Zealand based Airwork.  Their headquarters and maintenance hangar are located at Brisbane Airport, and Alliance also has bases in Townsville, Cairns, Perth and Adelaide.
Posted by Damian F at 8:11 AM