Making yet another spectacular appearance at Rockhampton Airport, this time on Sunday 6 October, was Singapore Airlines Boeing B777-200 9V-SVO.  This was the third night in a row that 9V-SVO operated into Rocky on behalf of the Singapore Armed Forces. 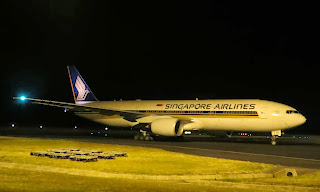 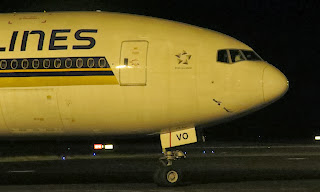 9V-SVO touched down as SIA8931 direct from Singapore, and later departed back there as SIA8932. 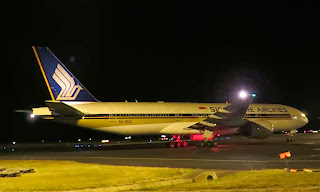 Then, shortly after the departure of the B777, Qantas Boeing B747-400 VH-OEB also touched down at Rockhampton Airport from Singapore. 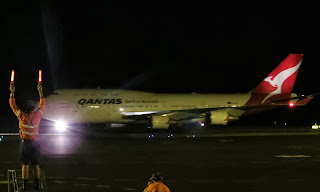 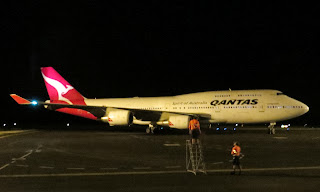 It is believed to be VH-OEB's first visit to Rockhampton.  It touched down from Singapore as QFA6030. 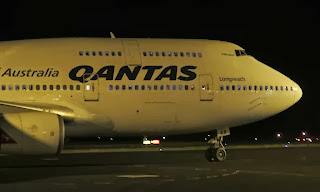 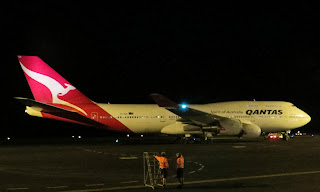 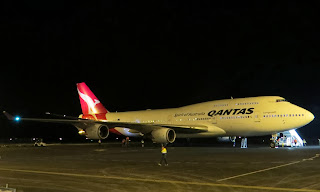 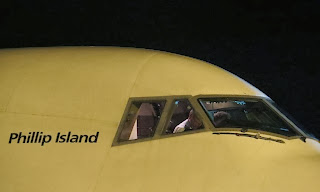 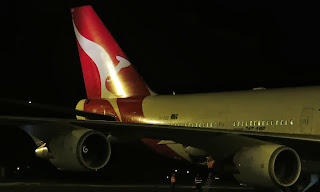 VH-OEB departed for Sydney in the early hours of Monday 7 October as QFA6023.

Thanks to local plane spotter Travis W spending his Sunday night at the Airport and capturing these great images of a couple of great aircraft!

All photos taken by Travis Whiting  ©
Posted by Damian F at 10:38 AM