Another Mackay Airport Upgrade - A New Drop-off Area - And Most Expensive Parking in CQ!

From the Daily Mercury newspaper:

To ensure Mackay Airport continues to meet the demands of its customers, it's been announced that a further $1 million plus investment has been made into revamping the terminal, in addition to the many improvements undertaken as part of the previous $18 million airport upgrade. 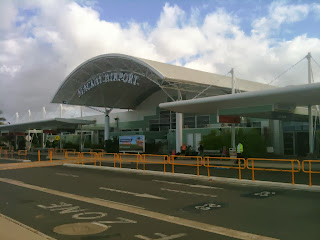 The airport also launched its fresh branding, featuring the tagline, 'For Workdays and Holidays'.

And traffic woes at Mackay Airport are about to become a thing of the past with front-of-house works set to begin now that the interior refurbishment has been completed. 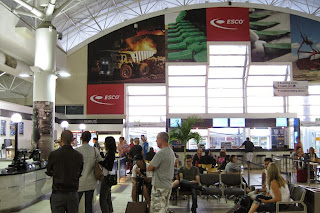 The Airport General Manager hopes that future upgrade plans for the terminal would aim to alleviate drop-off zone issues, and ease some of the traffic and road congestion,.

Meanwhile, a recent change in parking fees means that users of the Airport now pay more for long-term car parking at the Mackay Airport than most other airports in CQ.

The Daily Mercury reports that leaving your car parked at the Mackay Airport for 10 days will cost you $180-$225, depending on whether you want your car undercover or not.

Affordable to some, but in Rockhampton you pay between $75-$150 (depending on how far you are willing to walk) and in Townsville you pay between $130-$180 - and even though North Queensland Airports owns both the Mackay and Cairns Airports, Cairns residents pay only $99 for a 10-day stint.

But the Mackay Airport general manager has tagged the higher cost of labour in Mackay as one of the reasons customers pay more for parking here.

"It really comes down to economies of scale, as it takes much the same amount of labour and equipment to operate a car park the size of Mackay Airport's as it does to operate one the size of Cairns," he said.

He also cited the fact that parking you car at Mackay Airport for the weekend is about half the price of the Brisbane Airport.  Leaving your car parked at the Brisbane airport for one weekend will cost you $63, and here in Mackay it is only $36.

The Mackay Airport has 638 car parks available.
Posted by Damian F at 6:36 AM