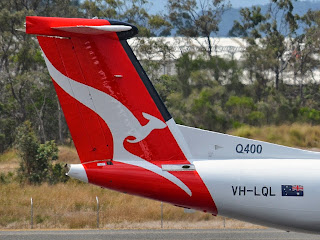 Local plane spotters Jamie C and Tash C captured the latest aircraft to enter QantasLink service as it touched down from Brisbane as QLK2336.

It’s not VH-LQL’s first visit to Gladstone – or Central Queensland – however it’s the first time it has been photographed in CQ!

Incidentally, QantasLink has also recently taken delivery of VH-LQM at Brisbane recently too, so we await it entering service soon!

Meanwhile, by contrast, also popping into Gladstone Airport on Thursday 3 October was the much older and smaller QantasLink Dash-8-202 VH-TQX which was spotted operating (presumably) some sort of charter flight on from and back to Roma as QLK720/721. 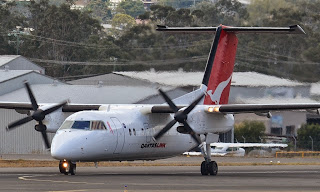 Thanks to local plane spotters Jamie C and Tash C for sending through their great photos from Gladstone Airport!