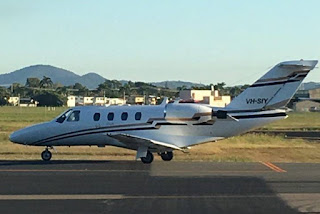 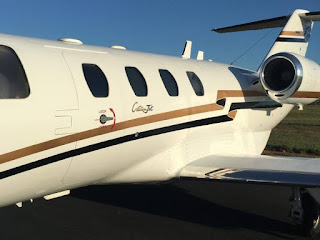 After a short time on the ground, VH-SIY looked to depart to the Gold Coast before later returning to its Sunshine Coast base.

A little later on Friday 10 June, Divair Cessna 525B CitationJet CJ3 bizjet VH-NNE called into Hamilton Island Airport.  It touched down from its Orange (New South Wales) base.

Of interest, VH-NNE is ex-VH-ANE and was re-registered in late July 2015.  As VH-ANE, this CJ3 has visited several CQ Airport in years gone by.