An interest aircraft spotted at both Emerald and Gladstone Airports on Wednesday 15 June was Amateur-built Replica Spitfire MK 26B VH-LZC. 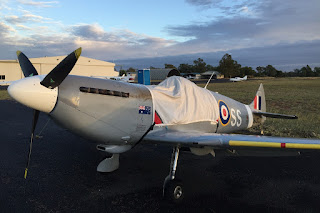 The 80% size replica is reported returning to its South-East Queensland home following a trip up to North Queensland.  It was recently spotted also visiting the Old Station Fly-in.

On Wednesday 15 June, it appears that VH-LZC flew from Emerald Airport to Gladstone Airport where it looked like it was preparing to spend the night. 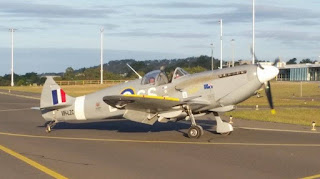 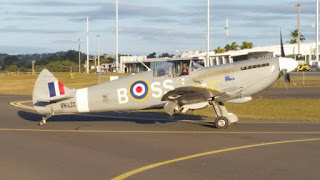 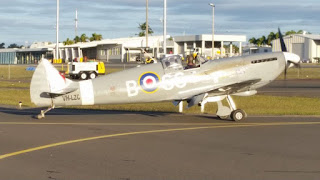 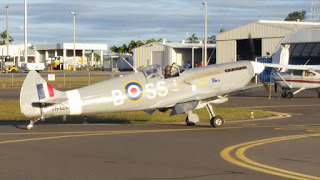 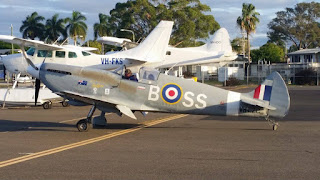 Thanks to the local plane spotters for sending through these great photos of a great little visitor to CQ!