Just under a week after they flew North to Townsville (and I think they also visited Cairns) the two Royal Australian Navy (RAN) Bell 429 'Global Ranger' helicopters - N49-049(049) and brand new N49-218(050) - were spotted passing through Mackay and Gladstone Airports on Tuesday 28 June while returning South to RAAF Base Amberley.  They were heard to be flying in formation as "Medusa Black". 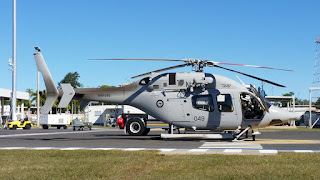 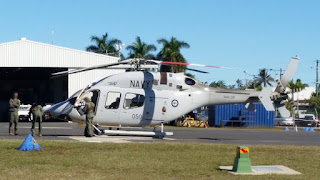 The initially flew from Townsville to Mackay Airport via the coastline.  After taking on fuel, they then departed for Gladstone Airport they were photographed shortly after arriving.

It appears that both choppers then continued to Amberley.

Of interest, one other Bell 429 helicopter was also spotted passing through Gladstone Airport but on Monday 27 June with VH-EQP of Corporate Aviation photographed soon after arriving from Wanella Station near Coppabella.  After taking on fuel, it continued to its Southport base. 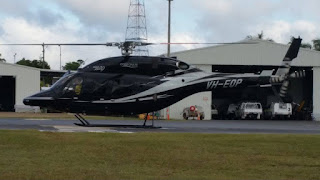 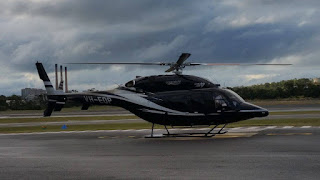 VH-EQP had flown North to Mackay Airport via Gladstone last Friday 24 June and must have flown West to Wanella Station over the weekend.