Royal Australian Air Force (RAAF) Boeing C-17A Globemaster III A41-206 was made a rare weekend appearance in the skies over Rocky on Sunday 5 June completing an overfly followed by missed approach at Rockhampton Airport. 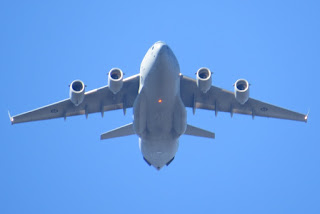 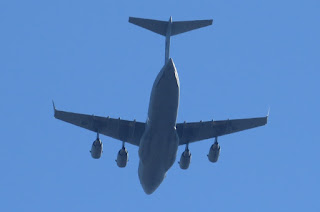 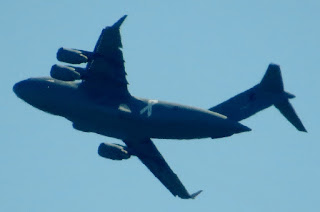 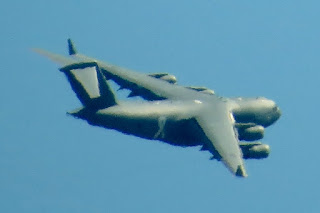 Flying as "Stallion 45", A41-206 looked to fly up from RAAF Base Amberley, and after completing its airwork, looked to depart to the North.

It's also good to see that A41-206 still wears a white ribbon on its fuselage in support of ‘White Ribbon Day’ - Australia's campaign to stop violence against women.

All photos taken by Kayanne Hardsman  ©
Posted by Damian F at 10:13 PM