Seemingly becoming a frequent visitor to CQ - although very briefly this time - is American registered 2004 built Experimental Lancair Super ES N132BB has yet again called into Central Queensland, this time popping into Rockhampton Airport from its Gold Coast base on Sunday 26 June. 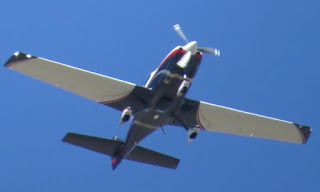 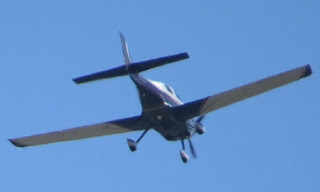 On this occasion though, it looked to take on fuel before continuing further North to Cairns.

In one of our previous posts, I noted that the smart little aircraft was recently for sale in the USA.  I have since been advised that N132BB has indeed taken up residence on the Gold Coast and will soon be placed onto the Australia aircraft register.

It also appears that N132BB has also had a new livery applied that is different to the photos previous posted on the CQ Plane Spotting Blog and that were found online!

On Thursday 23 June, Cessna 208 Caravan VH-JOZ visited Rocky from its Toowoomba base.. 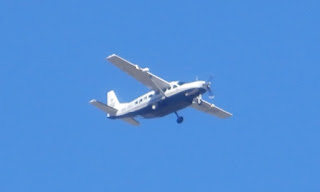 Thanks to Rockhampton plane spotters Kayanne H and Trevor H for taking the time capture these images from their front yards!