As we mentioned in a Blog post below, AVWest Aviation of Perth (Western Australia) Bombardier BD-700-1A10 Global 6000 bizjet N599CH touched down at Hamilton Island Airport on Friday 24 June from Sydney and Mackay Airports. 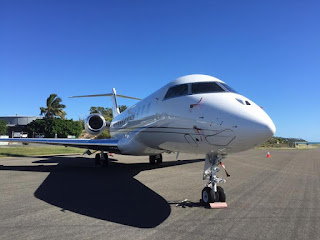 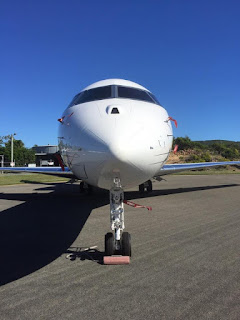 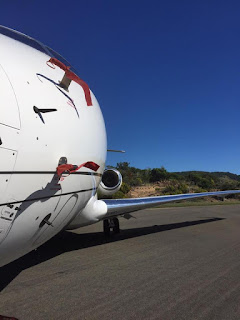 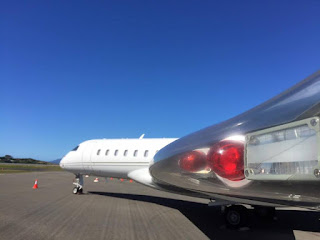 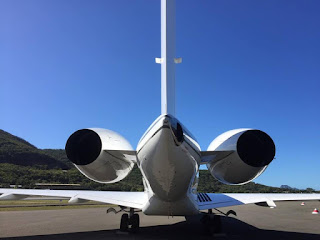 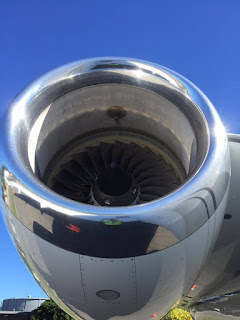 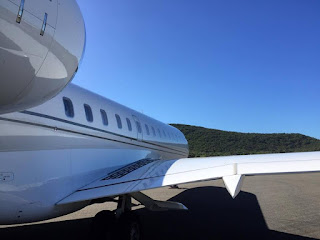 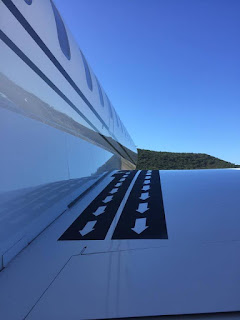 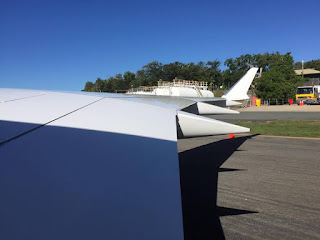 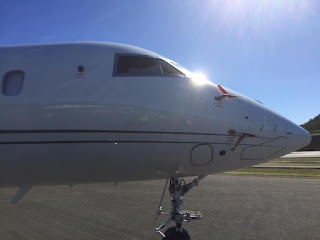 After receiving some stunning photos of the sleek bizjet soon after it arrived on Friday evening, we have received some more great photos (shown above) of N599CH as it sat quietly in the Whitsundays sunshine on Saturday 25 June.

Meanwhile, as this post is written, we are currently on Hamilton Island and watching N599CH being prepared for departure to Brisbane and Sydney.  Stay tuned for some photos of its departure - plus many more movements - from Hamilton Island Airport.

Thanks to our valued contributor for their continued support of the CQ Plane Spotting Blog!

Email ThisBlogThis!Share to TwitterShare to FacebookShare to Pinterest
Labels: Bizjet, Bombardier, Hamilton Is