First up, Australian Army-marked MRH-90 A40-023 arrived from Townsville as "Destria 23".  After taking on fuel it departed to Brisbane. 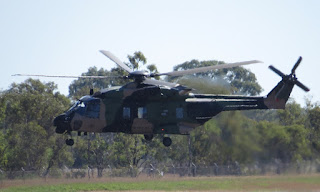 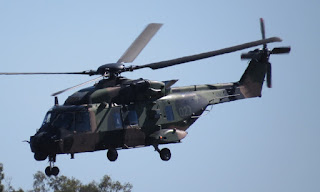 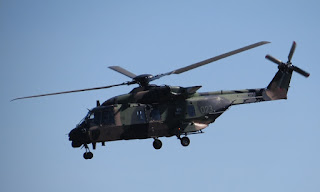 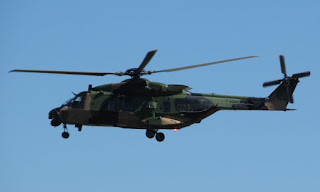 Then another Australian Army MRH-90 A40-032 also arrived from Townsville but as "Destria 32". 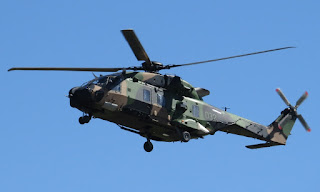 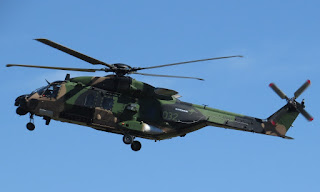 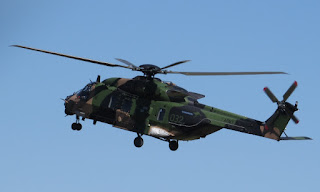 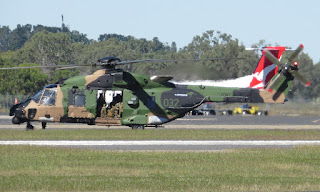 A40-032 was preparing to also depart to Brisbane however it reported a problem and remained at Rocky.  "Destria 32" was heard completing hover test flights during the afternoon on Tuesday 21 June, however, at the time of writing, I am unsure as to whether it actually departed. 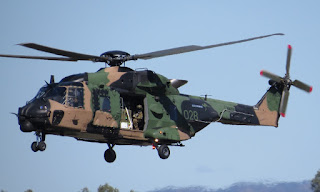 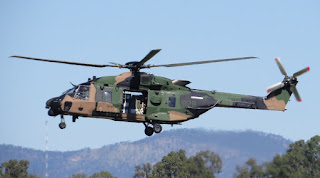 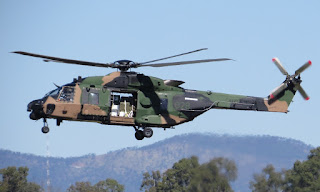 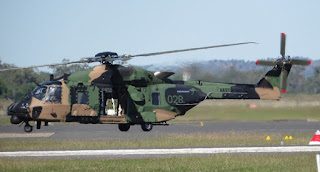 It reported stayed on the ground in support of the broken down A40-032 above and I am also unsure whether it departed to Brisbane too.

I'm also told there was supposed to be a fourth MRH-90 joining A40-023, A40-032 and A40-028, however it appears that it didn't even make it out of Townsville!  I'm told these four MRH-90s were due to continue from Brisbane to Sydney and onto Melbourne over the coming days.

Sincere thanks to local plane spotter Kayanne H for taking the time to capture and send through these great photos of a great morning of military action at Rockhampton Airport!

All photos taken by Kayanne Hardsman  ©
Posted by Damian F at 9:47 PM