The first of two posts about the various politicians moving around Australia - and in particular Central Queensland - while on the hustings of this Federal Election campaign.  And this post features a couple of nice photos as Federal One Nation Party founder and leader Pauline Hanson was noted visiting both Emerald and Mackay Airports on Wednesday 15 June in her specially painted Jabiru J-230 Ultralight 24-8637. 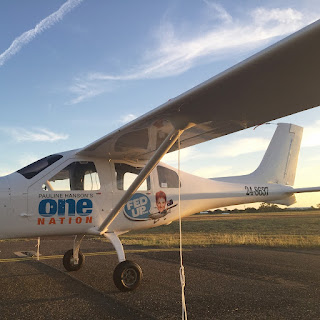 I believe that she flew directly from Emerald Airport - where it was spotted (above) resting in the early morning sun after presumably arriving the previous day on Tuesday 14 June - to Mackay Airport where it is shown below parked in front of the Mackay Aero Club. 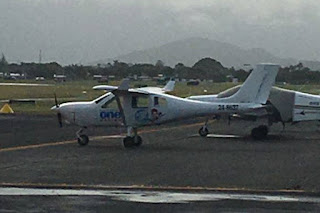 Local news reports showed Ms Hanson completing media interviews at Mackay Airport before I presume she had a series of engagements in the sugar city.