During the afternoon on Tuesday 21 June, the Queensland Government Raytheon Hawker 850XP bizjet VH-SGY was noted arriving at Mackay Airport from Cairns and Townsville.  It is believed that Queensland Treasurer Curtis Pitt is on board to 'sell' his first State Budget that he brought down last week to local business people. 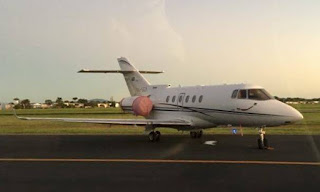 After staying for the night, VH-SGY was spotted still parked at Mackay Airport on Wednesday 22 June before it departed to Rockhampton Airport. 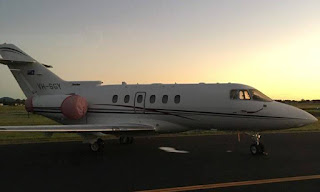 From Rocky, VH-SGY then continued South to Bundaberg Airport where it looks to be spending the night. 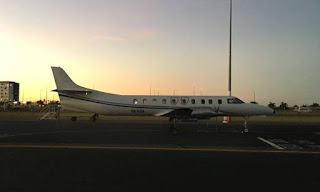 On Wednesday 22 June, VH-SSV departed Mackay Airport for Rockhampton, Gladstone and Bundaberg Airports and appeared to fly in fairly close quarters with VH-SGY (except for the Gladstone visit).

Finally, and while not associated with VH-SGY and VH-SSV, also on Wednesday 22 June, the Queensland Government (State of Queensland) Raytheon B300 Super King Air VH-SGQ was noted arriving at Longreach Airport from Mount Isa.  It was also noted visiting Charters Towers Airport twice on Tuesday 21 June.  While the Queensland Police Service (Airwing) Raytheon B1900D VH-PSK had a successful day of prisoner transfer flights on Wednesday 22 June which included visits to Bundaberg, Mackay and Townsville (twice) while flying out of and back to Cairns.