As mentioned below, on Tuesday 28 June, Royal Australian Air Force (RAAF) Canadair CL-600-2B16 Challenger 604 bizjet A37-003 of the VIP 34 Squadron in Canberra departed Gladstone Airport for Rockhampton Airport.  It was again noted using the radio callsign of "Envoy 96". 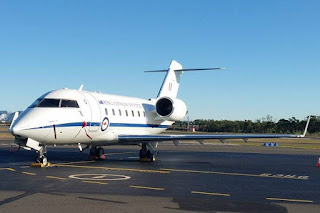 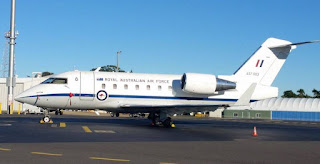 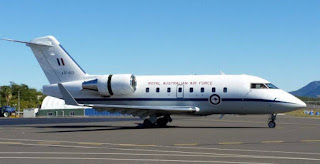 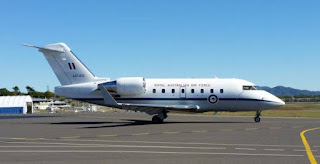 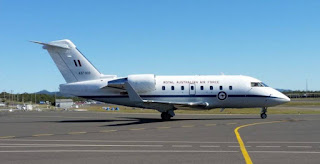 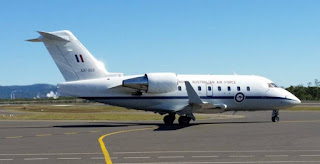 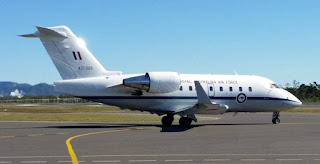 The Challenger brought Federal National Party leader Barnaby Joyce to Gladstone and Rockhampton to campaign during this final week of the Federal election campaign. 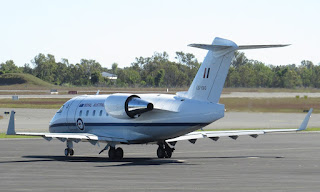 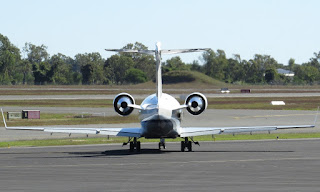 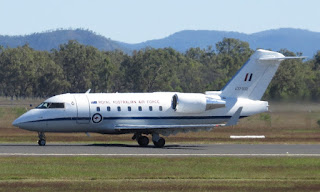 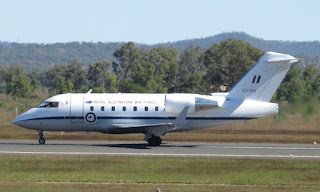 With this engagements complete in the beef capital, Mr Joyce boarded A37-003 and the RAAF bizjet departed Rockhampton Airport for Stanthorpe again as "Envoy 96" as pictured above.

Only a couple more days of the campaign - I wonder how many more pollies we will see making a last ditch pitch to local voters!

Photos taken by Col and Kayanne Hardsman  ©
Posted by Damian F at 6:19 PM