Over the course of Tuesday 24 October, a pair of Royal Australian Air Force (RAAF) Alenia C-27J Spartan transport aircraft were spotted completing airwork around Central Queensland including at Rockhampton Airport. 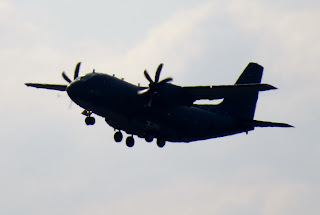 Around lunch time, A34-004 was spotted completing a low overshoot onto Runway 33 at Rockhampton Airport.  It looked to fly up from RAAF Base Amberley and following the airwork, it continued further North up to Townsville.  A34-004 was heard to be using the radio callsign of "Kaos 37".

Then later in the afternoon, A34-003 was photographed completing a touch-and-go onto Runway 15 at Rockhampton Airport.  It too looked to fly up from Amberley and also following the airwork, it too continued up to Townsville.  A34-003 was heard to be using the radio callsign of "Kaos 41". 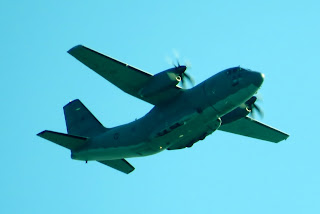 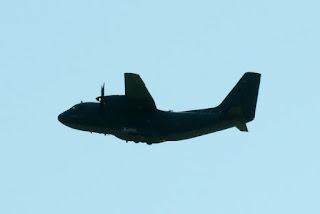 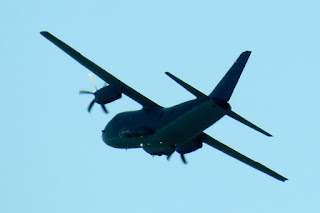 This is only the third time that one of the RAAF's Alenia C-27J Spartan battlefield airlifter aircraft has visited Central Queensland.  Ten of the aircraft - which have been developed and manufactured by Alenia Aermacchi - were ordered by the RAAF in May 2012 to replace the now-retired De Havilland DHC-4 Caribou fleet.

Sincere thanks to local plane spotter 'IAD' for taking the time to capture and send through these great photos of a fantastic visitor to CQ!