As reported on our Facebook page, on Friday 29 September, AirServices Australia / Pearl Aviation Hawker Beechcraft B300 Super King Air VH-FIY "Auscal 03" was flying from Brisbane to Gladstone Airport when it experienced engine failure on its left (port) side.


The pilot on board the twin turboprop declared a “PAN” over the radio and elected to continue to Gladstone Airport on one engine. A short time later VH-FIY made a safe landing at Gladstone Airport. 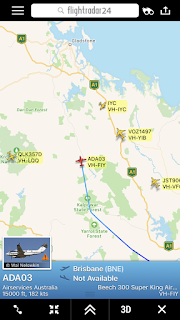 I presume that VH-FIY was heading to Gladstone to complete one of its regular calibration flights of the Gladstone Airport Instrument Landing System (ILS) and other navigational aids (navaids). 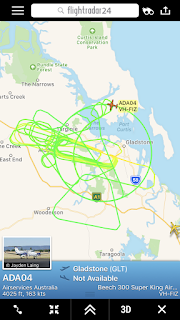 Job done, on Sunday 1 October, VH-FIZ departed Gladstone Airport for Townsville, but on the way, it was noted completing further navaid calibration at Rockhampton Airport. 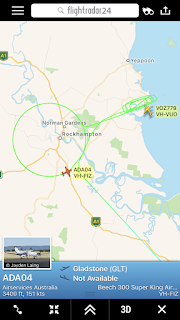 VH-FIY and VH-FIZ are two of three Beech King Air aircraft that Aero Pearl operates for AirServices Australia to calibrate the Instrument Landing System (ILS) and other navigational aids (navaids) at airports around Australia and in South-East Asia.