On Thursday 12 October, QantasLink Dash-8-Q400 made visits to three CQ towns the day after returning from Townsville where it was re-painted into the new Qantas livery. 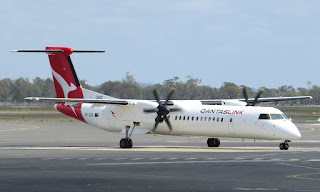 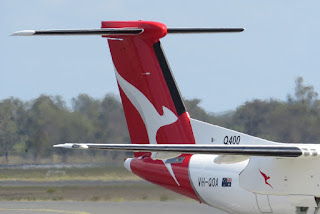 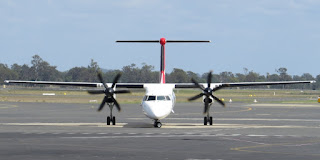 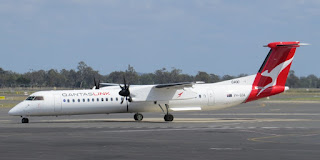 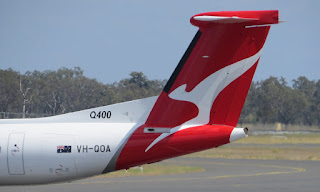 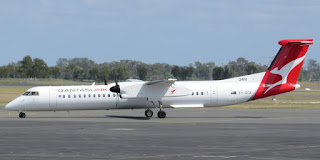 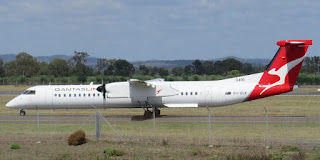 It then operated through Bundaberg Airport where it was also photographed. 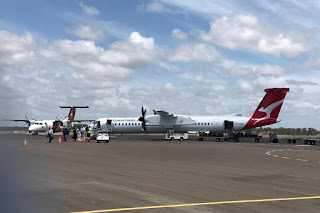 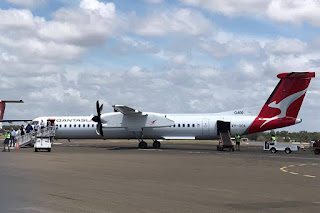 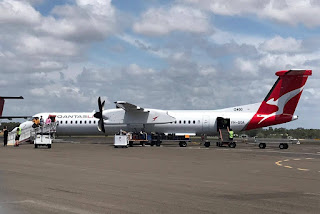 VH-QOA then completed a flight to Moranbah Airport before returning to Rocky where it was due to stay overnight.

It was interesting to note that VH-QOA retained its original name of 'Gladstone'. 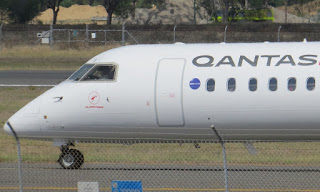 VH-QOA is the first Dash-8-Q400 to be re-painted into the new Qantas livery.  At this stage, several Dash-8-Q300s have been re-painted as shown on VH-SBT which was also recently spotted at Bundaberg Airport.

Qantas unveiled this updated livery and kangaroo logo to coincide with plans to introduce the Boeing B787 Dreamliner into service later this year.  The new livery is only the fifth to be introduced since the kangaroo first appeared on Qantas aircraft in 1944, and the first livery refresh since 2007 ahead of the Airbus A380’s introduction into service the following year.


Sincere thanks to local plane spotters Kayanne H and Dan B for taking the time to capture and send through these great photos!

Photos taken by Kayanne Hardsman and Dan B  ©
Posted by Damian F at 8:58 PM