Under the cover of darkness on Sunday 15 October, Volga-Dnepr Airlines Antonov AN-124-100 RA-82047 touched down at Rockhampton Airport, arriving from Johor Bahru Senai International Airport (Malaysia) via Darwin as ADB4096/4097. 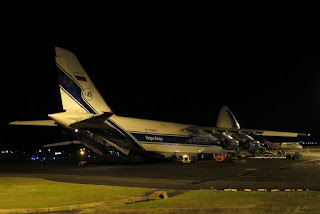 A few local plane spotters, along with other members of the public, were on hand as the giant Russian aircraft touched down and taxied onto its parking spot on Gate 6 on the Southern end of the Rockhampton Airport apron. 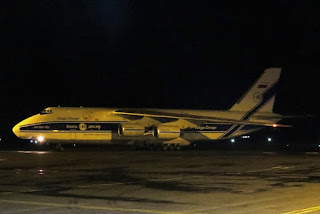 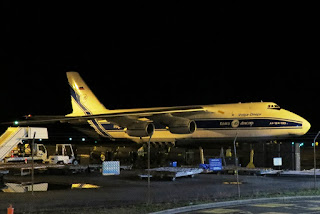 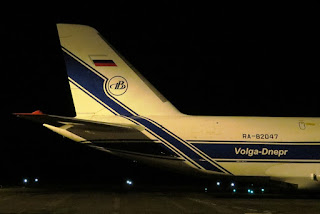 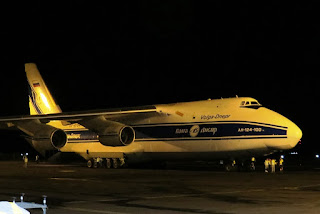 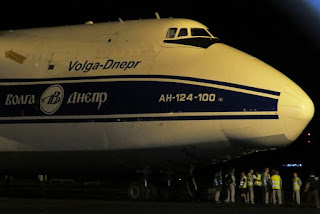 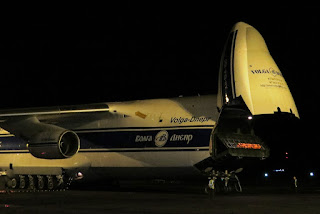 On this flight, the four Republic of Singapore Air Force (RSAF) Boeing AH-64D Apache helicopters which had been deployed to Rockhampton during the Singapore Armed Force's Exercise Wallaby 2017, along with their rotor blades and other equipment, were all loaded in preparation for their return to Singapore. 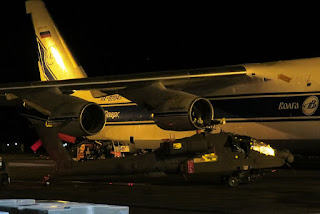 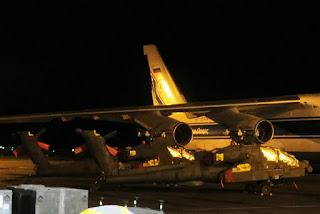 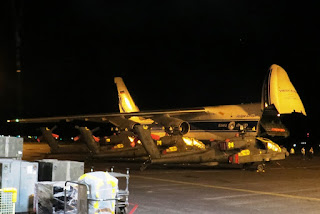 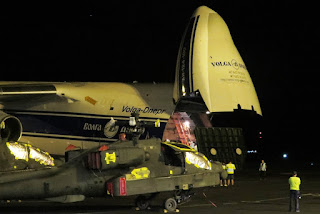 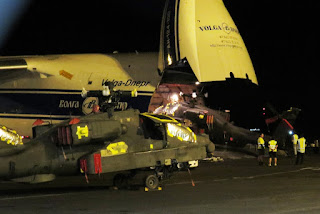 Loading was completed in the wee small hours of Monday 16 October and then soon after the sun came up, RA-82047 made a spectacular departure from Rockhampton Airport flying direct to Paya Lebar Air Base in Singapore as VDA4052. 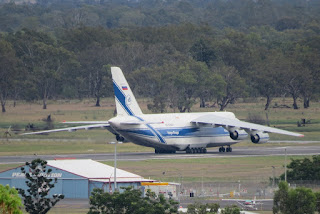 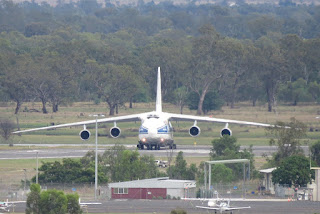 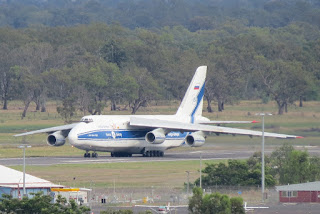 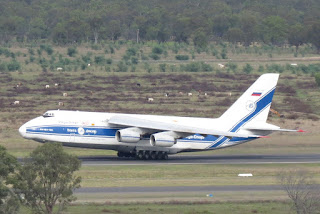 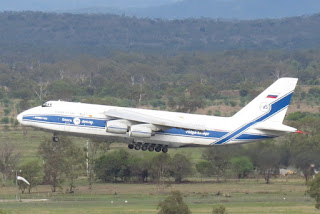 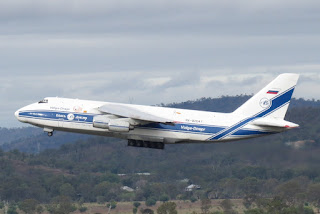 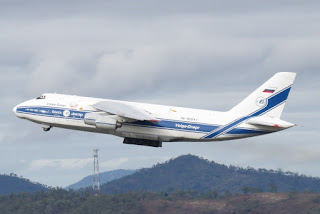 It is interesting to note that the aircraft still wears a sticker on its port-side commemorating 25 years of the Volga Dnepr Group. 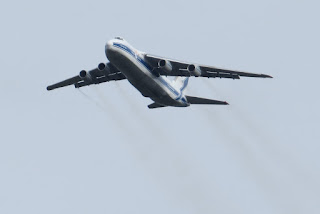 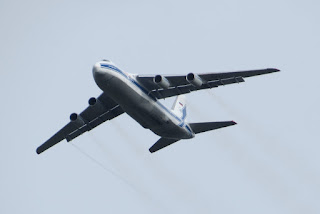 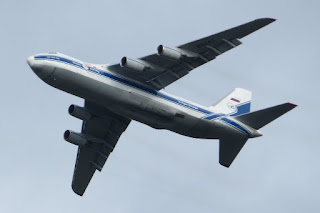 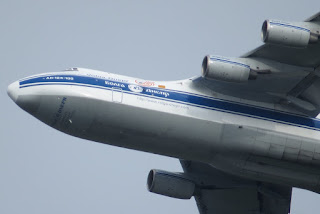 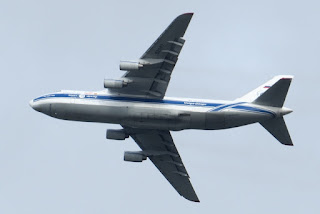 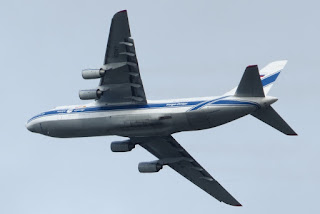 The AN-124 is expected to return to Rocky later this week - some reports suggest RA-82047 will touch down once again at Rockhampton Airport on Thursday 19 October - when it will load and transport the remaining two RSAF Boeing CH-47SD Chinook helicopters home to Singapore.

Please note that this flight mentioned above are very much subject to change.

Sincere thanks to local plane spotters Kayanne H and 'IAD' for taking the time to capture and send through these great photos of the Antonov's visit to Rocky overnight!

Photos taken by Kayanne Hardsman and 'IAD'  ©
Posted by Damian F at 7:14 PM