On Thursday 5 October, Avcair (Norris Aviation) LearJet 60 bizjet VH-XPN touched down at Rockhampton Airport.  It looked to fly up from its Brisbane base. 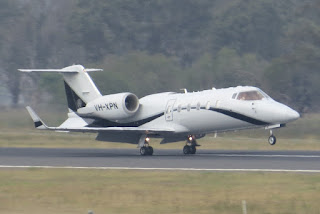 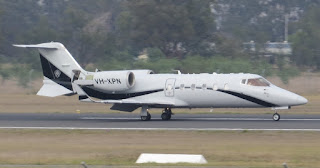 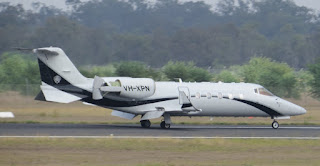 The sleek LearJet brought Adani CEO Jeyakumar Janakaraj to Rocky where he joined the Rockhampton Regional Council Mayor Margaret Strelow at the Rockhampton Airport to announce the city as one of two FIFO Hubs for the mining company's Carmichael Coal Mine.

Following this, VH-XPN departed Rockhampton Airport for Townsville where another announcement was made. 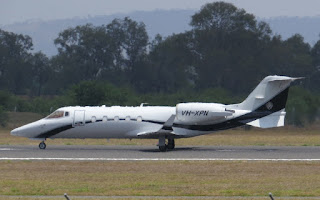 VH-XPN then returned to Brisbane. 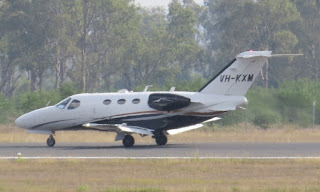 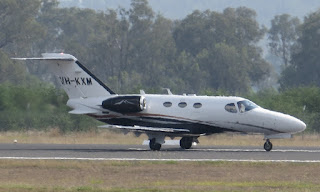 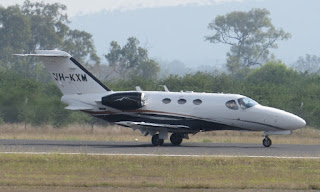 Finally, on Thursday 5 October, VH-KXM departed Rockhampton Airport for Charters Towers and Cloncurry before it finished the day back at Vanrook Station.

All photos taken by Kayanne Hardsman  ©
Posted by Damian F at 9:16 PM