With the Singapore Armed Force's Exercise Wallaby 2017 all but over, as expected, the third and final 'wave' of heavy jet charter flights commenced late on Thursday 12 October with a nice pair of wide-body jets touching down in the beef capital.  They both arrived empty into Rocky to transport personnel and equipment home following the Exercise.

Singapore Airlines Boeing B777-200 9V-SVF kicked off the action touching down at Rocky directly from Singapore's Changi Airport as SIA8933. 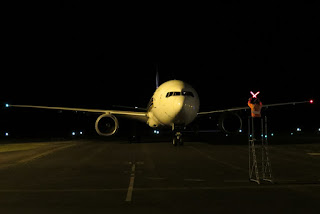 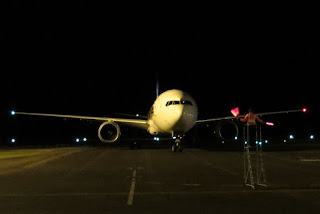 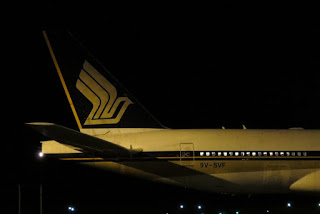 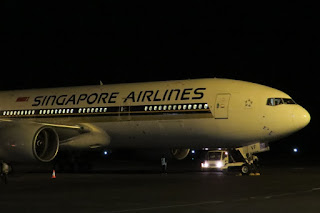 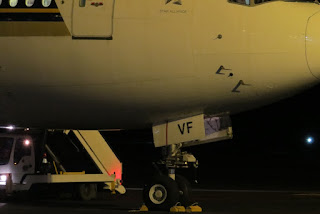 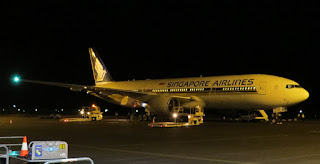 After loading what looked to be a full flight of personnel and bags, 9V-SVF returned to Changi Airport but as SIA8934.

A little later on Thursday 12 October, Royal Brunei Airlines Boeing B787-8 Dreamliner V8-DLB also called into Rockhampton Airport, however it flew in from Brunei International Airport as RBA4271. 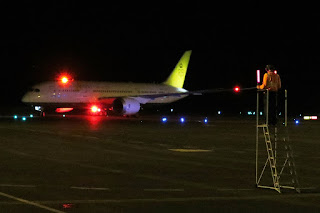 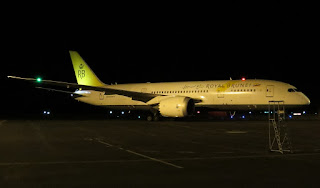 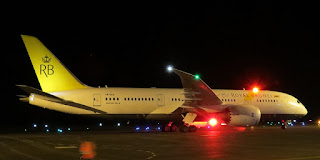 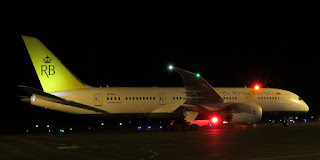 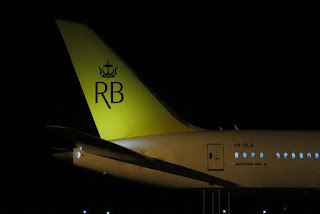 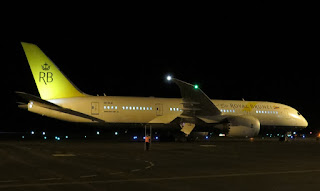 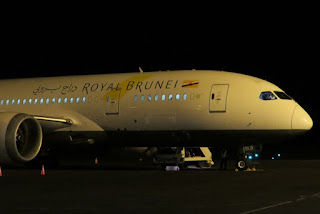 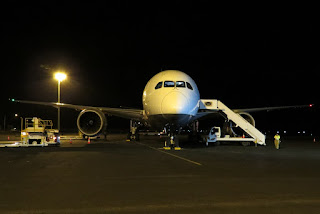 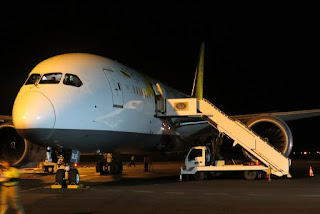 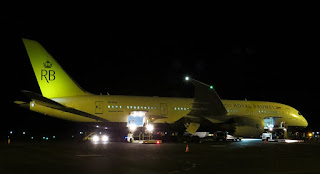 It too was loaded with a full load of personnel and bags shortly after midnight now on Friday 13 October, it taxied out and lined up on Runway 33 at Rocky for departure to Changi as RBA4272.  Sadly though, the Dreamliner reportedly had a problem with its brakes and the decision was made for it to return its parking spot on Gate 6 on the Southern end of the Rockhampton Airport apron.

During the course of Friday 13 October, it remained parked and during the afternoon, engineers were noted completing maintenance on V8-DLB reportedly using spare parts from Jetstar Airways which also operates the Boeing B787 Dreamliner. 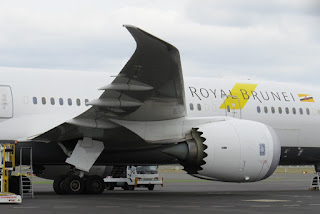 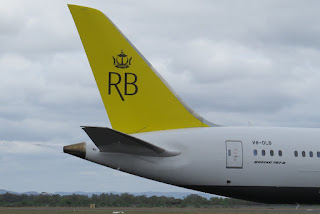 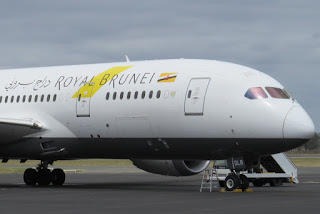 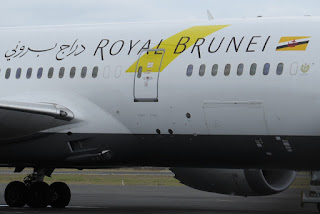 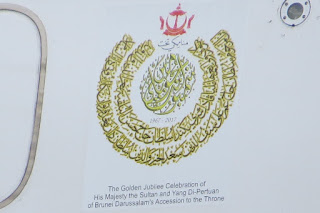 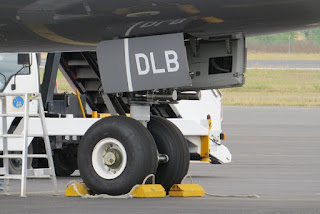 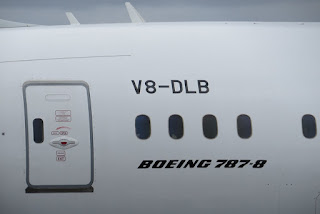 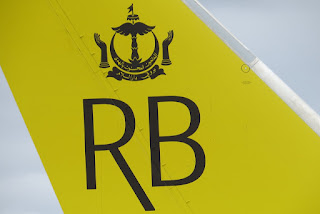 At the time of writing, V8-DLB was due to depart to Singapore's Changi Airport as RBA4272 in the early evening.

UPDATE!  V8-DLB was further delayed and departure is expected after 9pm on Friday 13 October.

Also, another Singapore Airlines B777-200 is scheduled to again arrive into Rockhampton Airport but in the wee small hours (3am) on Saturday 14 October with 9V-SRO listed on flight tracking websites as the aircraft to complete the flights.

All photos taken by Kayanne Hardsman  ©
Posted by Damian F at 5:47 PM