On Sunday 22 October, the lovely sight and sound of a Royal Australian Air Force (RAAF) Lockheed AP-3C Orion was in the skies above Rockhampton, and local plane spotter Kayanne H popped out into her front yard and captured some great photos as it completed some airwork at Rockhampton Airport. 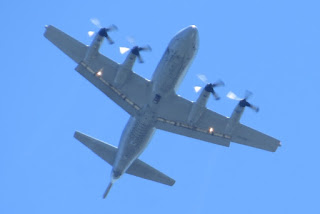 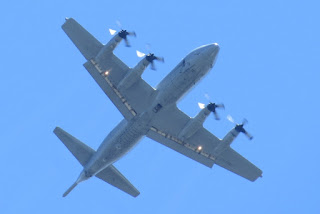 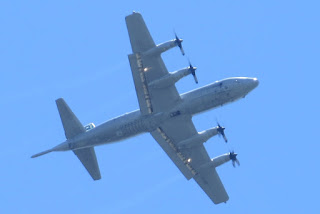 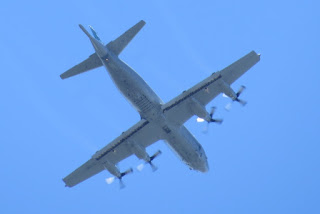 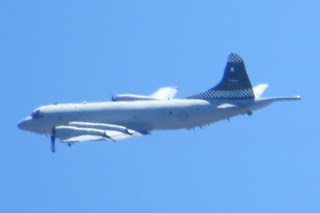 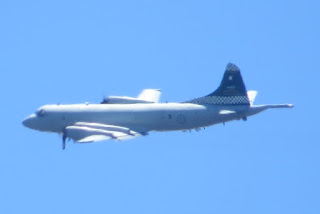 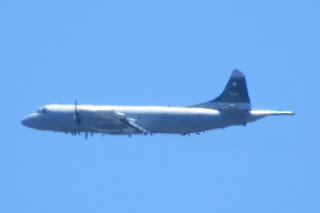 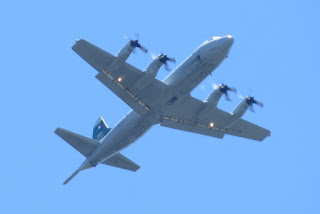 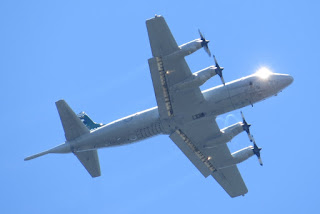 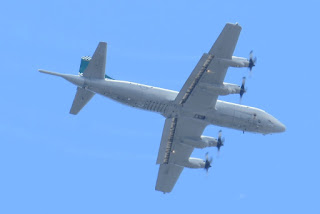 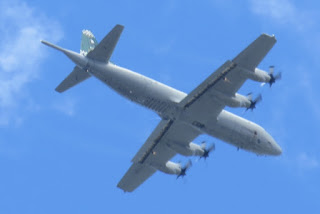 The RAAF Orion was identified as A9-664 and was heard using the radio callsign of "Striker 67", the operational callsign of the RAAF's 10 Squadron, part of No.92 Wing, based at RAAF Base Edinburgh in South Australia.

A9-664 was noted flying South to Rocky from Townsville where it had returned the previous evening from an overseas deployment to Naval Air Facility Atsugi in Japan.  After completing airwork at Rocky, the Orion continued to the Sunshine Coast and the Gold Coast before continuing onward to Edinburgh.

Notably, A9-664 wears a distinctive green tail art design of the RAAF's 11 Squadron, part of No. 92 Wing, also based at Edinburgh, featuring 'Felix the Black Cat' and their motto "Shepherd or Destroy".

Based at RAAF Base Edinburgh, in 2012 the AP-3C Orion ceased 10 years of operational service in the Middle East, completing 2,400 missions with more than 3,500 personnel deployed throughout the period.

The AP-3C Orion aircraft is currently deployed on operations providing support to Border Protection and Fisheries patrols within the South East Asia and Pacific regions. On these missions the AP-3C Orion may work alone or in conjunction with other aircraft or ships. Wartime missions could include maritime strike using either torpedoes and/or Harpoon anti-shipping missiles. Due to the AP-3C's excellent surveillance abilities, the Orion is often called on to assist civil authorities in maritime search and rescue operations including survivor search and supply (air drop) missions. Notably, the AP-3C Orion was the primary Australian aircraft utilised in the search for missing Malaysian Airlines flight MH370.

The AP-3C Orion is in the process of a graduated draw down to retirement with the final aircraft planned withdrawal date in 2021. The AP-3C will be replaced by the Boeing P-8A Poseidon and Northrop Grumman MQ-4C Triton UAV aircraft which will perform the vital functions of long range maritime patrol.