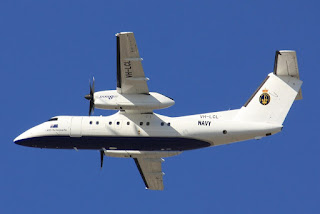 The heavily modified Dash-8-200 is usually based at Cairns Airport with Cobham Aviation but has reportedly come South to operate flights off the coast of Mackay for around three weeks.